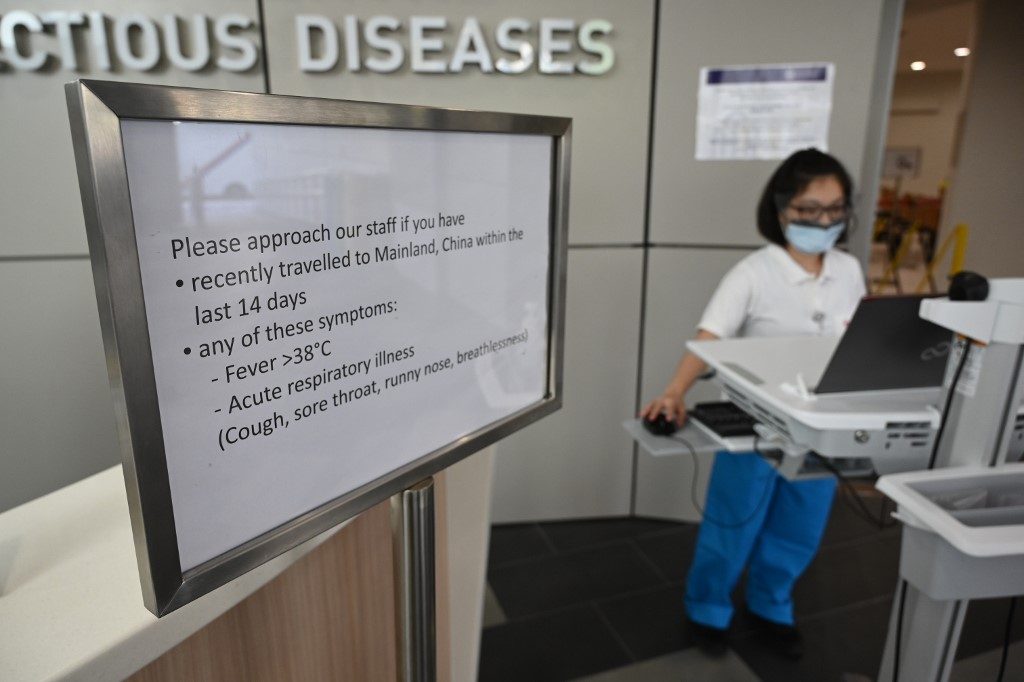 Facebook Twitter Copy URL
Copied
'Though 4 of these cases constitute a local transmission cluster, there is as yet no evidence of widespread sustained community transmission in Singapore,' the Ministry of Health says

SINGAPORE – Singapore on Tuesday, February 4, announced the first local transmissions of the deadly novel coronavirus from China as a major aviation conference was scrapped due to the escalating health scare.

The Ministry of Health said it had found 6 additional cases, 4 of them involving human-to-human transmission in Singapore, bringing the total infections to 24 in the city-state.

“Though 4 of these cases constitute a local transmission cluster, there is as yet no evidence of widespread sustained community transmission in Singapore,” the ministry said in a statement.

A third was one of the women’s Indonesian maid.

Another was a female tour guide who had brought groups to the health shop.

In addition to the local transmissions, two cases were among the Singapore residents evacuated from Wuhan on January 30.

Health Minister Gan Kim Yong said that if the local transmissions escalate in the community the government is prepared to consider “measures to reduce human-to-human interaction.”

A major international aviation conference scheduled for the eve of next week’s Singapore Airshow has been cancelled, organizers said Tuesday.

Organisers, however, said the main event, Asia’s biggest air show, will proceed as scheduled from February 11 to 16 despite the pullout of several exhibitors, many of them from China.

The aviation industry is one of the most affected by the virus outbreak after governments worldwide imposed restrictions on travel, including bans on arrivals from China.

The death toll in China stood at 425 Tuesday, exceeding the number of fatalities in the country from the outbreak in 2002-03 of Severe Acute Respiratory Syndrome, or SARS.

The World Health Organization has declared the crisis a global health emergency. – Rappler.com