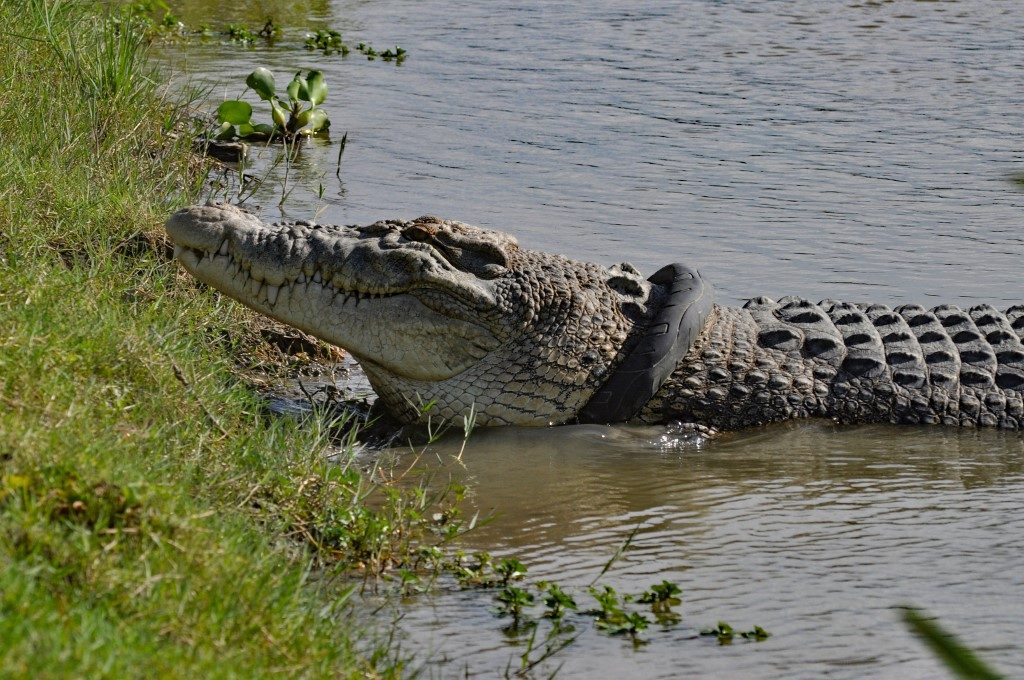 Facebook Twitter Copy URL
Copied
A month after the wager, authorities say no would-be crocodile wrangler stepped forward to take up the challenge of removing the unwanted necklace from the 13-foot crocodile

PALU, Indonesia – Indonesia has called off a contest offering a cash reward to anyone brave enough to remove a motorbike tire stuck around the neck of a giant crocodile.

Authorities in Palu, capital of Central Sulawesi, said no would-be crocodile wrangler stepped forward to take up the challenge of removing the unwanted necklace from the 13-foot (4-meter) reptile.

The contest was rolled out last month, but made headlines again last week when an unspecified reward was offered.

Conservationists who fear the croc is being slowly strangled have been trying – and failing – for years to find a way to untangle the beast.

Rumors circulated that popular TV personality Panji the Explorer – Indonesia’s answer to late Australian “Crocodile Hunter” Steve Irwin – was keen for another shot after a failed attempt two years ago.

Officials said a team from the environment ministry will now redouble efforts to free the croc from its rubber stranglehold.

“But we now have back up from the ministry and government experts to help us.” – Rappler.com