From dead, to alive, to dead again: How China handled virus doctor’s death 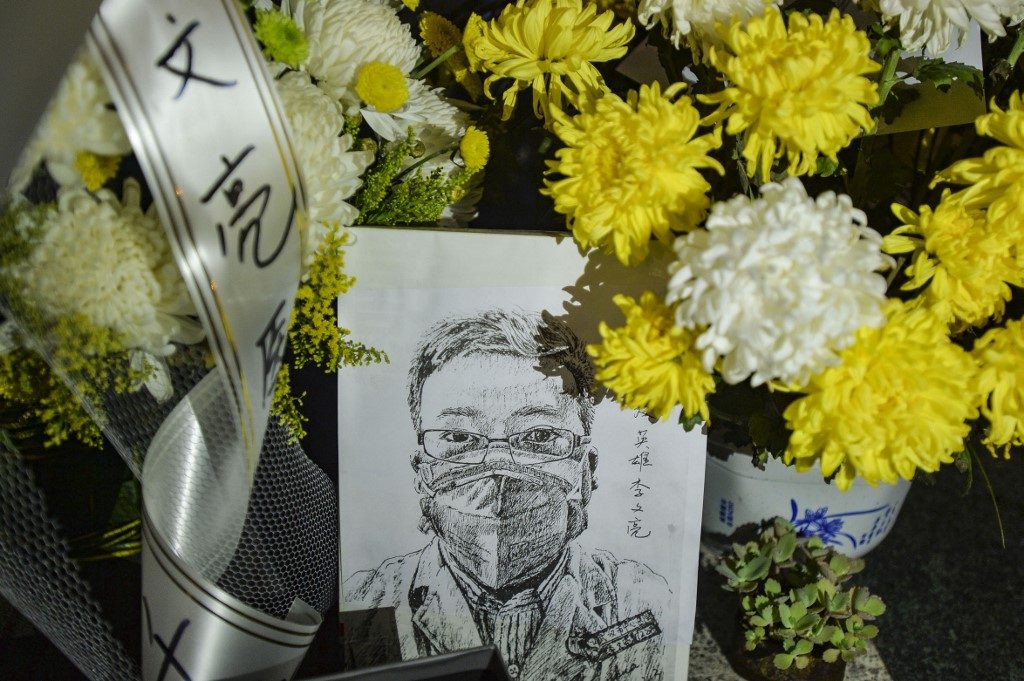 Facebook Twitter Copy URL
Copied
The hashtag 'Dr. Li Wenliang dead' was the most searched topic on Weibo late Thursday, with over a billion views, but by Friday morning it had dropped out of the top 20 trending topics

Here is how the story unfolded.

Nationalist tabloid Global Times and state broadcaster CCTV first reported on Weibo that Li had died late Thursday, February 6 – but their posts were deleted after the news became the top topic on the popular platform.

Chinese media outlets then said Li was under “emergency treatment,” before finally announcing his death at about 3 am Friday, February 7 (1900 GMT).

The hashtag “Dr. Li Wenliang dead” was the most searched topic on Weibo late Thursday, with over a billion views and over 1.1 million comments.

But by Friday morning it had dropped out of the top 20 trending topics.

“The ranking seems to be manipulated,” King-wa Fu, who studies Chinese censorship patterns at the University of Hong Kong, told AFP.

The handling of the news “looks similar to that after Liu Xiaobo’s death,” he said, referring to censorship following the 2017 death of the jailed Nobel peace laureate critical of the Chinese Communist Party.

“Some irregularities in handling the news of Li’s death is perceived as politically motivated,” Fu said.

Weibo users complained that their posts and comments on the doctor’s death were being scrubbed on Weibo and messaging app WeChat, sparking anger at what was seen as an attempt by censors to mute public opinion.

The confusion caused by official media reporting on the doctor’s death reignited anger that authorities did not act quickly enough to inform the public and contain an epidemic that began unfolding in December.

“The police reprimanded whistleblower according to regulations, news anchor just reported according to the manuscript, and social media operators just deleted posts… based on directives from above,” said a post that has been taken down, according to Weiboscope, a University of Hong Kong project tracking censored Weibo comments.

“It’s only when everyone dares to say ‘I refuse to lie’ can there be spring.”

“These so-called unofficial notifications have become a common censorship tool in Chinese media in recent years,” said a reporter for the reputed business magazine Caixin, who declined to be named.

AFP could not independently verify the notice.

In this notice, media workers are ordered to “not use push notifications, not comment on the case, not blow it out of proportion” and officials are told to “strictly contain toxic information.”

Five other journalists at various state media outlets, who declined to be named, told AFP that in recent days they have been asked to focus on “sunshine stories” showing the success of virus relief efforts.

China has scrambled to share data with the international community about the virus, after being accused of attempting to hush-up the SARS outbreak that killed nearly 800 people globally in 2002-2003.

But Thursday’s messy reporting on Li’s death has again raised concerns about official promises of transparency.

“This very confusing reporting and people rushing to WeChat, to Weibo – being glued to their social media screens not knowing what to believe, what source to trust…epitomizes this whole coronavirus outbreak, with people longing for trustworthy sources,” said Manya Koetse, who tracks social trends in China as editor of What’s on Weibo.

“There is so much distrust”. – Rappler.com