WHO extends emergency status of Ebola in DR Congo 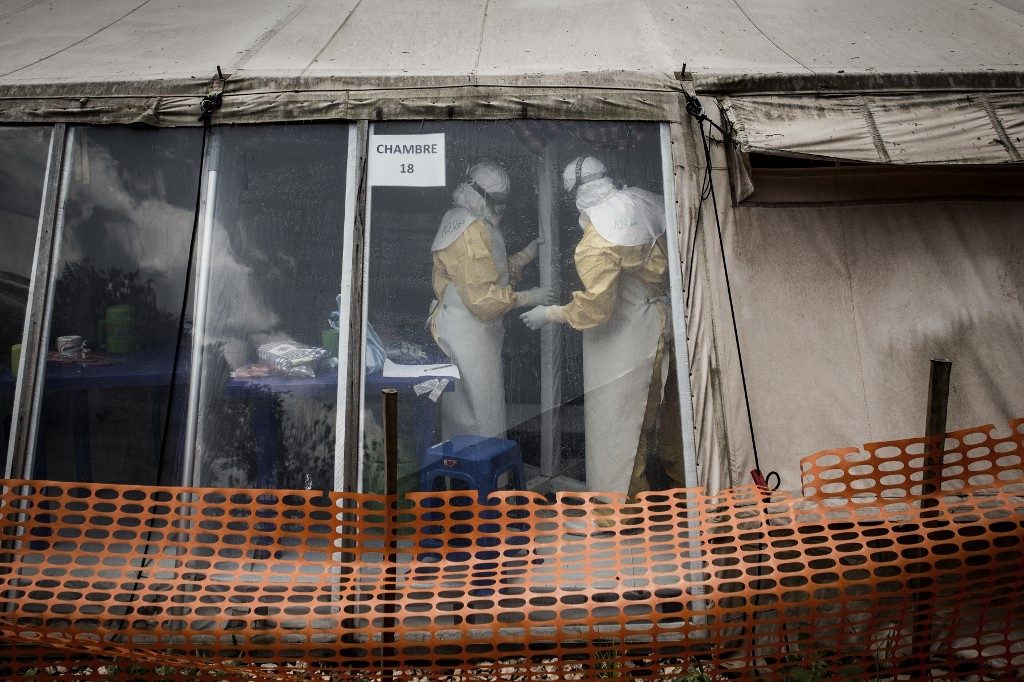 Facebook Twitter Copy URL
Copied
This is the second worst outbreak of the disease since 2014 when it killed about 11,000 people

GENEVA, Switzerland – The UN health agency on Wednesday, February 12 said it was extending its global emergency designation for the Ebola outbreak in the Democratic Republic of Congo but said the sharp decline in cases was “extremely positive.”

The recent outbreak was first identified in August 2018 and has since killed more than 2,300 people in eastern DR Congo – an area where several militia groups are operating.

“As long as there is a single case of Ebola in an area as insecure and unstable as eastern DRC, the potential remains for a much larger epidemic,” WHO chief Tedros Adhanom Ghebreyesus told reporters in Geneva.

The WHO, however, said it was downgrading the national and regional risk of the disease from very high to high, while it kept the global risk at low.

Tedros also voiced hope that the emergency could be lifted within the next 3 months on the advice of the WHO’s Emergency Committee of international experts.

The World Health Organization last July declared it a “public health emergency of international concern” – a designation that gives the WHO greater powers to restrict travel and boost funding.

Tedros, who will be traveling to DRC on Thursday, February 13 to meet President Felix Tshisekedi, on Tuesday said only 3 cases had been reported in the past week.

But for the epidemic to be declared over, there have to be no new cases reported for 42 days – double the incubation period.

The health emergency designation last year came a few days after a patient was diagnosed with the virus in the provincial capital Goma – the first case in a major urban hub.

More than a month before that, the WHO reported that the virus had spread to Uganda for the first time.

The Ebola virus is passed on by contact with the blood, body fluids, secretions, or organs of an infected or recently deceased person.

This is the second worst outbreak of the disease since 2014 when it killed about 11,000 people – mostly in Guinea, Liberia, and Sierra Leone.

Efforts to contain the current outbreak have been hindered by attacks on health workers and conflicts in the east.

The WHO said in November it had moved 49 staff out of the Beni region in eastern DRC because of the insecurity.

The Beni region, straddling the North Kivu and Ituri provinces, has been repeatedly attacked by the Allied Democratic Forces (ADF) rebel group, which activists say has massacred more than 300 people since October. – Rappler.com