Feb 13, 2020 9:37 AM PHT
Agence France-Presse
Facebook Twitter Copy URL
Copied
'A prayer goes to our Chinese brothers and sisters who are suffering from such a cruel disease,' the pontiff says 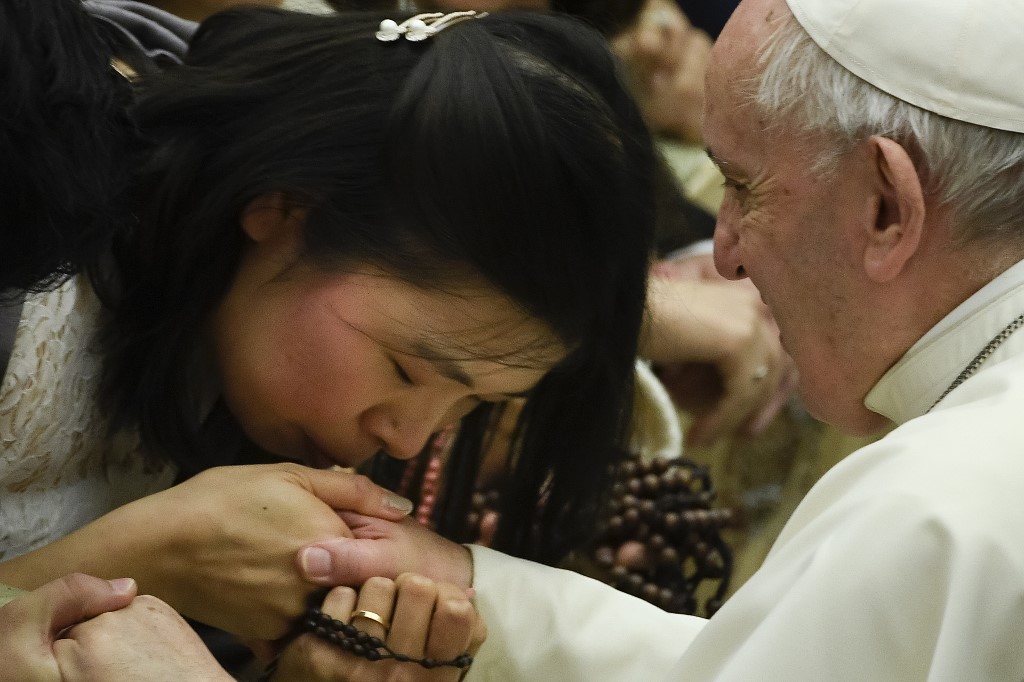 VATICAN CITY – Pope Francis prayed Wednesday, February 12 for victims of China’s “cruel” coronavirus, which has killed over 1,100 people and infected many thousands more, particularly among the elderly and vulnerable.

“A prayer goes to our Chinese brothers and sisters who are suffering from such a cruel disease,” the pontiff said during his weekly general audience at the Vatican.

“May they find the road to recovery as soon as possible,” the 83-year old said.

More than 44,600 people have now been infected by the newly named COVID-19 virus, with many victims aged over 60 or with pre-existing health conditions.

Most of the deaths and the majority of cases have been in central Hubei province, whose capital, Wuhan, is the epicenter of the outbreak. Some 56 million have been placed under lockdown in the province.

The biggest cluster of cases outside China is on a cruise ship quarantined off Japan’s coast, though others have been reported around the world.

While the death toll from the epidemic climbed past 1,100 on Wednesday, the number of new cases fell for a second straight day, raising hope the outbreak could peak later this month.

The World Health Organization warned the virus posed a “very grave threat,” but that there was a “realistic chance” of curbing it. – Rappler.com