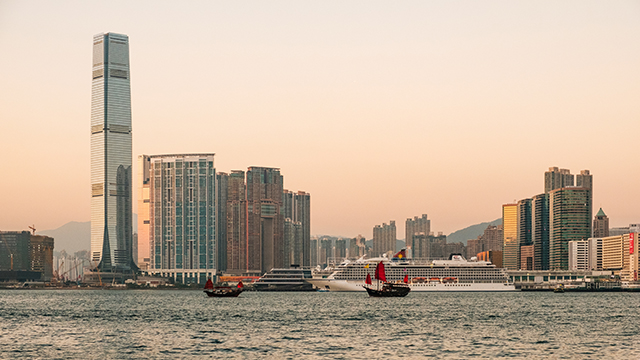 BEIJING, China – China on Thursday, February 13, appointed a senior official known for a hardline crackdown on Christians to head its main policy-making body for Hong Kong, following months of pro-democracy protests in the semi-autonomous city.

The reshuffle comes after months of political unrest – the starkest challenge to Beijing since the former British colony was returned to Chinese rule in 1997.

Senior Beijing official Xia Baolong, currently secretary-general at the national committee of China’s top political advisory body, was promoted to director of the Hong Kong and Macau Affairs Office of the State Council.

His predecessor Zhang Xiaoming was demoted to deputy in charge of daily operations.

Xia, 67, was Communist Party secretary of eastern Zhejiang province for 5 years from 2012.

During his stint there, local officials were accused of demolishing churches and removing crosses from their exteriors, in a campaign that rights groups said impacted hundreds of parishes.

In the time Xia was in charge, the large Sanjiang Church in the province was also demolished, following government claims it was an illegal structure.

China’s officially atheist Communist authorities are wary of any organized movements outside their control, including religious ones, and analysts say controls over such groups have tightened under President Xi Jinping.

Xia also served as Xi’s deputy between 2003 and 2007 while the now-president was Zhejiang party secretary.

“I think Xi Jinping wanted to find someone he could trust,” said Jean-Pierre Cabestan, a political science professor at Hong Kong Baptist University.

The personnel changes are aimed at boosting coordination between Beijing and Hong Kong, Cabestan said, as well as giving more support to the pro-establishment camp in Hong Kong’s Legislative Council.

“(Xi) wants fresh blood, people he can trust, who are going to bring Hong Kong closer to China,” he said.

In Hong Kong, millions have taken to the streets since June last year, originally in opposition to a now-abandoned proposal to allow extraditions to mainland China.

The movement then morphed into demands for greater democratic freedoms and police accountability.

In recent days, Hong Kong’s leaders have faced criticism as well over shortages of masks and resources that emerged in their handling of a virus epidemic starting from the mainland.

The State Council added that Luo Huining, head of Beijing’s liaison office in Hong Kong, and Fu Ziying, who heads the Macau liaison office, will also be given the roles of deputy director while still keeping their existing positions. – Rappler.com