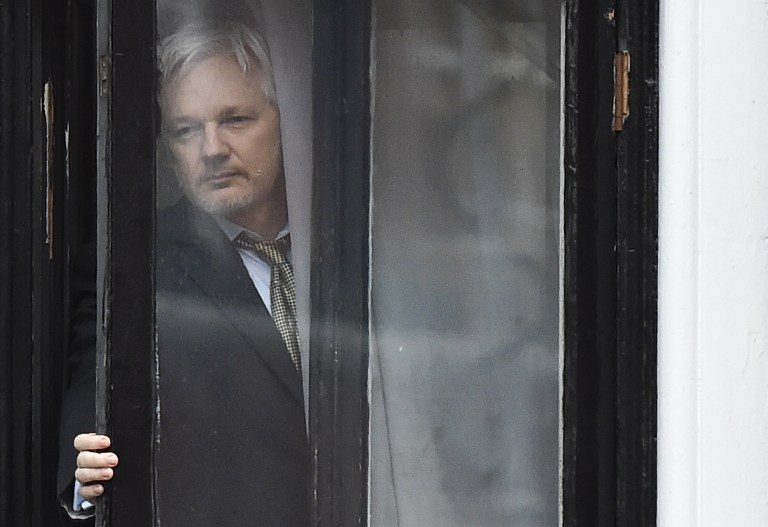 LONDON, United Kingdom – More than 100 doctors on Monday, February 17 called on Britain to end Julian Assange’s “torture” in prison pending his extradition on espionage charges to the United States.

The 48-year-old Australian is facing 18 counts in the United States – 17 of them under the Espionage Act – that could see him jailed for 175 years.

Washington’s extradition request will start being heard next Monday, February 24 at Woolwich Crown Court. Assange is being held at the neighboring high-security Belmarsh Prison.

A group of 117 physicians and psychologists from 18 nations wrote in a letter to The Lancet medical journal that Assange was being subjected to “torture” in prison.

“We condemn the torture of Assange. We condemn the denial of his fundamental right to appropriate healthcare,” they wrote in the scientific magazine.

“Since doctors first began assessing Mr Assange in the Ecuadorian Embassy in 2015, expert medical opinion and doctors’ urgent recommendations have been consistently ignored.”

UN special rapporteur on torture Nils Melzer has repeatedly warned that Assange has begun to exhibit signs of psychological torture.

Assange was briefly transferred from prison to a medical facility last year because of his frail health.

London’s Westminster Magistrates’ Court has also been forced to postpone a series of preliminary hearings because of Assange’s inability to make an appearance by video link.

“Our appeals are simple: we are calling upon governments to end the torture of Mr Assange and ensure his access to the best available healthcare, before it is too late,” the group of doctors said.

Assange’s seven-year hideout in Ecuador’s London embassy dramatically ended when British police dragged him out and arrested him on a US extradition request last April.

He was intially wanted in Sweden in connection with a rape investigation that has now been formally dropped.

But Assange had long suspected that he would eventually be sought by Washington for his decision to publish a trove of classified Pentagon documents detailing alleged US war crimes in Afghanistan and Iraq.

His supporters view him as a fearless exposer of injustices such as torture and alleged war crimes committed by US forces and then covered up.

Assange’s critics accuse him of cosying up to authoritarian leaders such as Russian President Vladimir Putin and putting lives at risk by exposing the names of both US operatives and their foreign informants.

The Reporters Without Borders (RSF) media freedoms group posted a separate petition Monday, accusing President Donald Trump’s administration of acting in “retaliation for (Assange’s) facilitating major revelations in the international media about the way the United States conducted its wars.”

“The publication of these documents by media outlets was clearly in the public interest, and not an act of espionage,” the online petition says.

The petition had been signed nearly 20,000 times by Monday afternoon. – Rappler.com