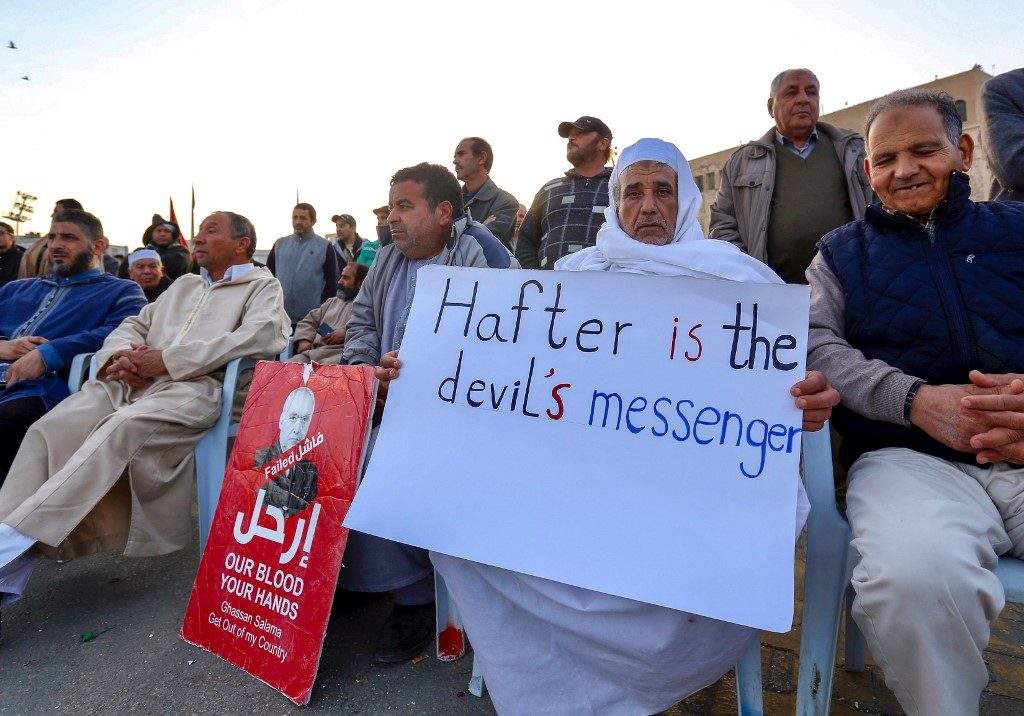 TRIPOLI, Libya – Libya’s UN-backed government announced late Tuesday, February 18 it would halt its participation in talks aimed at brokering a lasting ceasefire between warring sides in the conflict.

“We are announcing the suspension of our participation in the military talks taking place in Geneva until firm positions are adopted against the aggressor (Khalifa Haftar) and his violations” of the truce, the Government of National Accord based in the capital Tripoli said in a press release.

Five senior officers from the GNA and 5 appointed by Haftar’s Libyan National Army (LNA) were taking part in the talks hosted by the United Nations’ Libya envoy Ghassan Salame.

On Tuesday, a barrage of rocket fire hit a port in the capital, the target of a months-long operation by eastern military commander Haftar to oust the unity government.

There was no immediate claim of responsibility for the strikes.

It was the latest violation of a tenuous truce that came into effect in January, brokered by Haftar-backer Russia and Turkey, which supports the unity government.

“It is clear the objective of the systematic bombardments of the residential areas, the airport, and the port, in addition to the total blockage of the oil installations, is to provoke crises for the citizens in all the aspects of their life”, the GNA statement said.

It added that Haftar’s forces, who made rapid advances at the beginning of the offensive last April but stalled on the edges of the capital, were “trying in vain” to destabilize the state, having failed to seize power. – Rappler.com