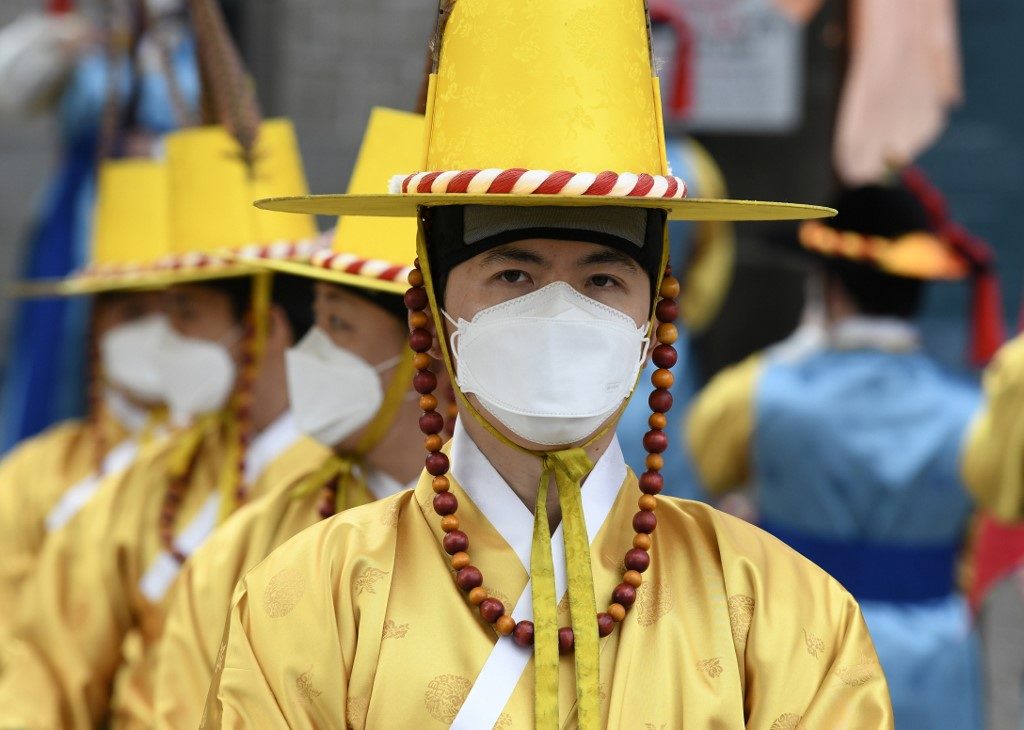 Facebook Twitter Copy URL
Copied
(UPDATED) At least 15 cases are believed to be linked to a single patient, a 61-year-old woman

SEOUL, South Korea (UPDATED) – South Korea reported 20 new confirmed cases of the novel coronavirus on Wednesday, February 19 – increasing its total by nearly two-thirds – including a cluster of at least 16 centered on the southern city of Daegu.

The trade-dependent nation has been hit by the economic fallout from the virus outbreak in neighboring China, but until Wednesday’s jump, its own case numbers had hardly changed for several days.

The Korea Centers for Disease Control and Prevention (KCDC) said in a statement that 20 new coronavirus cases had been confirmed, raising its total from 31 to 51.

Of those, 18 were in Daegu and neighboring North Gyeongsang province, with 15 of them believed to be linked to a single patient, a 61-year-old woman.

Fourteen of them attend the same church as the woman, the KCDC said, while the other one had come into contact with her at a hospital.

She had first developed a fever on February 10 but reportedly refused to be tested twice for the coronavirus on the grounds that she had not recently travelled abroad.

She was not put into quarantine until a week later and was confirmed as the country’s 31st case on Tuesday, February 18.

Seoul has blocked entry to foreigners coming from Hubei, the Chinese province that is the epicenter of the outbreak, and suspended visa-free entry to the island of Jeju, popular with Chinese tourists, but has not imposed a general ban on arrivals from China. – Rappler.com