Feb 22, 2020 8:59 AM PHT
Agence France-Presse
Facebook Twitter Copy URL
Copied
Adriano Trevisan, a 78-year old from the Veneto region who had tested positive for the virus dies in hospital, where he had been admitted 10 days earlier for an unrelated health issue, Italy's health minister says 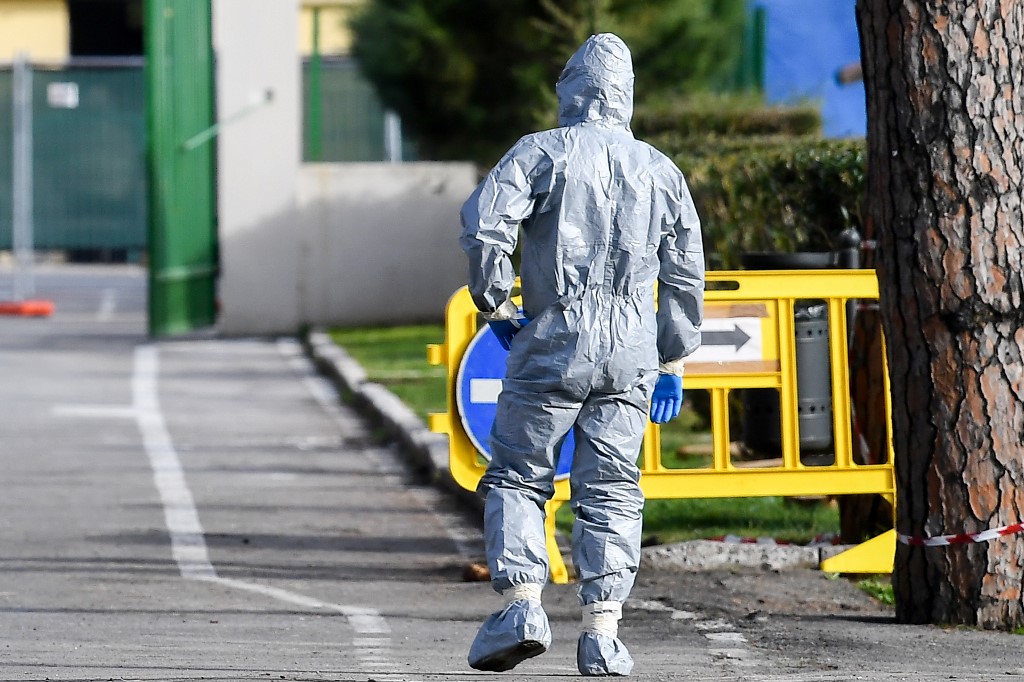 ROME, Italy – An Italian man became the first European to die after being infected with the coronavirus on Friday, February 21, just hours after 10 towns in the country were locked down following a flurry of new cases.

The 78-year old from the Veneto region who had tested positive for the virus died in hospital, where he had been admitted 10 days earlier for an unrelated health issue, Italy’s health minister said.

Adriano Trevisan was a retired bricklayer and one of two people with the disease in the region, while 15 other people were discovered to have caught the virus in Lombardy, which took immediate measures to isolate affected areas.

Trevisan, from the village of Vo’ Euganeo near Padua, had been diagnosed with the virus on an initial test, but the definitive results were still outstanding.

He had three daughters, one of whom had been the town’s mayor, La Stampa daily reported.

Since December, COVID-19 has killed more than 2,200 people in China, the epidemic’s epicentre.

Elsewhere in the world, it has killed over a dozen people and spread across some 27 countries and territories. Last Sunday, an 80-year-old Chinese tourist died from the new coronavirus in France.

A 67-year old from the same village as Trevisan has also tested positive.

Veneto region head Luca Zaia said earlier Friday “a sanitary ring” would be created around Vo’ Euganeo, and all 3,300 inhabitants would be tested.

Over 50,000 people have been asked to stay at home in the areas concerned, while all public activities such as carnival celebrations, church masses and sporting events have been banned for up to a week.

Five doctors and 10 other people tested positive for the virus in neighbouring Lombardy, after apparently frequenting the same bar and group of friends, authorities said at a press conference.

Italian Prime Minister Giuseppe Conte declared “everything is under control”, and stressed the government was maintaining “an extremely high level of precaution”.

Streets in the 10 Italian towns were deserted, with only a few people seen abroad, and signs showing public spaces closed.

In Casalpusterlengo, a large electronic message board outside the town hall read “Coronavirus: the population is invited to remain indoors as a precaution”.

Health Minister Roberto Speranza said authorities were working out exactly who those with the virus had been in contact with and screening them all, “as the most effective way to contain the virus”. (READ: Spitting, shaming: Chinese communities warn of Italy ‘racism’ over virus)

The first town to be shuttered was Codogno, with a population of 15,000, where three people tested positive for the virus, including a 38-year old man and his wife, who is eight months pregnant.

Three others there have tested positive to a first novel coronavirus test and are awaiting their definitive results.

Codogno mayor Francesco Passerini said the news of the cases “has sparked alarm” throughout the town south of Milan.

The 38-year old, who works for Unilever in Lodi, was in a serious condition in intensive care.

He had dined earlier this month with a man who had visited China in January, and had later shown flu-like symptoms, but has since tested negative for the virus, Italian media said.

A football friend of his, the son of a bar owner in Codogno, has also tested positive, along with three regulars at the bar.

The three, all of whom are retired, live in the small town of Castiglione d’Adda. The mayor there said the locals were “extremely worried” about the spread of the deadly disease.

Some 250 people were being placed in isolation after coming into contact with the new cases, according to the Lombardy region, and 60 worker at Unilever have been tested for the virus.

Trenord regional railway said its trains would no longer be stopping in three stations in the affected area.

Three other cases of the virus in Italy are being treated in isolation at the Spallanzani Institute in Rome. – Rappler.com