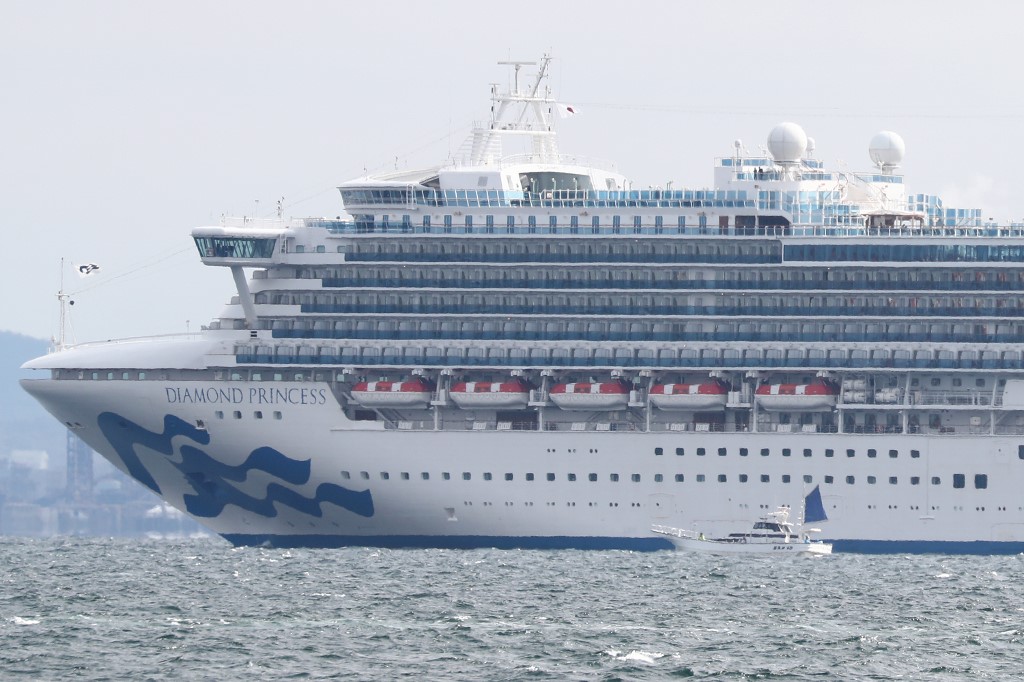 TOKYO, Japan (UPDATED) – Japan on Sunday, February 23, confirmed the first case of a former Japanese passenger of a coronavirus-stricken cruise ship testing positive for the disease after initially receiving a clean bill of health.

More than 20 foreigners evacuated from the ship have also tested positive after returning home.

The cases raise questions about the effectiveness of the quarantine on board the ship and fears for the nearly 1,000 former passengers allowed to move freely around Japan.

The woman in her 60s returned to her home in Tochigi prefecture north of Tokyo by train after disembarking the Diamond Princess on Wednesday, February 19, but she developed fever and tested positive on Saturday, February 22, a local official told Agence France-Presse.

Further fueling criticism of the Japanese government measures, Health Minister Katsunobu Kato was forced to apologize after it emerged that 23 passengers were released without even being tested during the quarantine for the virus that has affected more than 130 in Japan.

“There has been a judgment that those who disembarked after testing negative had no problem, but it has now become clear that those people can turn positive,” Tochigi Governor Tomokazu Fukuda told reporters, urging “additional measures” to contain the spread.

From Wednesday, Japanese authorities allowed passengers who had been in quarantine on board since February 5, tested negative, and showed no symptoms, to disembark, recommending only they limit trips outside and wear a mask in public.

Around 970 passengers were released under these conditions, according to local media.

A further 100 former passengers, who had been in close contact with someone who tested positive for coronavirus, have disembarked for quarantine on land.

Still left on the ship are some foreigners waiting for special charter flights home and some 1,000 crew members – most of whom were not placed in isolation as they were needed to operate the Diamond Princess.

Critics suspect they were inadvertently spreading the virus throughout the ship, which saw more than 600 cases of the potentially deadly COVID-19 disease.

Kato has defended Japan’s on-board quarantine, telling a TV program Saturday there was no medical facility large enough to admit more than 3,000 people at once.

Separately, Japan has confirmed at least 132 cases of infection including returnees from the Chinese city of Wuhan, the epicenter of the new virus, but how people got infected was not clear in some cases.

Amid lingering fears over the spread of the virus, the popular Ghibli Museum in Tokyo, featuring the works of Oscar-winning animator Hayao Miyazaki, said Sunday it would close from Tuesday, February 25, through March 17.

Many countries evacuated their citizens from the ship, suggesting they had doubts about the effectiveness of the quarantine.

Seven Australians later tested positive for the virus after being placed in quarantine on home soil.

Meanwhile, 18 repatriated Americans and one Israeli who returned home from the ship have tested positive, authorities from the two countries announced Friday, February 21.

Kato has said those who were repatriated included people who would not be permitted to disembark if they had stayed in Japan, because their test results were not available yet or because they tested positive or they had close contact with the infected.

However, infectious diseases specialist Kentaro Iwata has said the situation on the ship was “completely chaotic” and violated quarantine procedures, in blunt criticism rarely seen in Japanese officialdom.

The Kobe University professor later said he had heard from a colleague on board that quarantine procedures had improved, but still recommended that all those disembarking the ship should be monitored for at least 14 days and should avoid contact with others. – Rappler.com