Feb 24, 2020 12:15 PM PHT
Agence France-Presse
Facebook Twitter Copy URL
Copied
(UPDATED) Much of China grinds to a halt in the battle against an outbreak that has infected nearly 80,000 people and claimed more than 2,500 lives 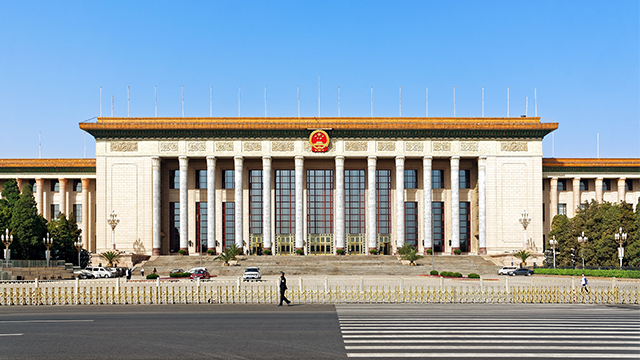 BEIJING, China (UPDATED) – China decided on Monday, February 24, to postpone its annual parliament session for the first time since the Cultural Revolution, as the country battles the coronavirus outbreak.

But much of China has ground to a halt in the battle against an outbreak that has infected nearly 80,000 people and claimed more than 2,500 lives.

The NPC’s Standing Committee met Monday and decided it was “appropriate to postpone” the parliament, which was due to start on March 5,  according to state broadcaster CCTV. It will decide later on a new date.

Many top officials who would normally attend the meeting are consumed with tackling the virus in their home regions.

And Beijing has imposed quarantine measures on those arriving from other parts of China, a practical challenge for a gathering of nearly 3,000 delegates.

Holding the event would have meant bad optics with China’s leaders arriving in face masks for a meeting that is highly stage-managed to present the image of a Communist Party in perfect control of the country.

Ling Li, a lecturer on Chinese politics at the University of Vienna, said in advance of the announcement that maintaining the NPC conference next month would be “unreasonable.”

“(It would) signal a desperate effort of the authorities to keep up the appearance of political normality, which is not there,” she said.

The gathering is used to portray the government as answerable to the people’s representatives, but its deliberations are pre-determined well in advance and the whole event is tightly choreographed by the Communist Party.

Nevertheless, it generates global interest as a glimpse into China’s political and economic policy priorities for the coming year.

Despite its highly choreographed nature, the NPC meeting can still herald important changes.

With Mao Zedong as the meeting’s chair, the NPC first convened in September 1954 in Beijing, where delegates passed the new constitution of the People’s Republic of China, five years after its founding.

The legislature met almost every year after that for the next decade, but paused during the decade of political turmoil ushered in by Mao’s Cultural Revolution.

Since 1985, it has been held each March – and on March 5 specifically for the last two decades.

But everyday life has been paralyzed by the virus and unprecedented measures to contain it, including the lockdown of tens of millions of people at the epicentre in central Hubei province.

Zang Tiewei, a spokesman for the legislative affairs commission of the NPC Standing Committee, told state-controlled news agency Xinhua that delaying the yearly political event was “necessary” to ensure “attention is focused on the prevention and control of the epidemic.”

Dorothy Solinger, an expert on Chinese politics at the University of California at Irvine, said it would be a “smart move to postpone.”

“Look at the message that sends,” she said. “We (the government) are putting all our effort into combatting the virus. We don’t have the time to hold these meetings now.”

The virus also deeply impacts some of the session’s most hallowed rituals, she said.

“How could they present the mandatory NPC upbeat accounts of the progress and positive prognosis of the economy and other achievements in the midst of such uncertainty as they’re facing now?” – Rappler.com