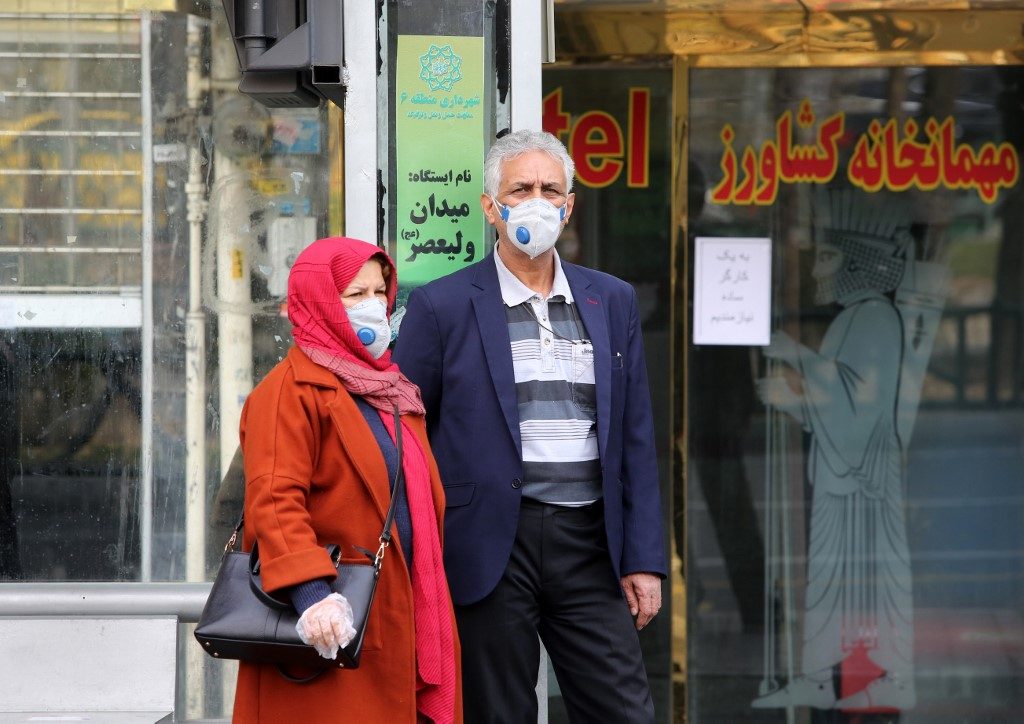 Facebook Twitter Copy URL
Copied
Iraq, a country with a dilapidated healthcare system, often hosts pilgrims and religious students from Iran, where 12 people have died of the novel coronavirus

The country, whose healthcare system is run down, often hosts pilgrims and religious students from Iran, where 12 people have died since a coronavirus outbreak there was first reported last week.

Iraq had blocked travel to and from the Islamic republic days before announcing a seminary student in Najaf was the country’s first confirmed case.

Najaf’s provincial health authority said the Iranian national had entered “before the ban was declared.”

An Agence France-Presse correspondent said the man is being quarantined in a hospital in the city.

The education directorate in Najaf said official mid-year exams, which had already started, would be cancelled until further notice to protect students.

The governor of Salaheddin, north of Baghdad, said that non-Iraqis would not be allowed into the province ahead of a religious pilgrimage to Shiite shrines in the area planned for Tuesday, February 25.

The deaths from the COVID-19 virus in Iran were the first in the Middle East and the country’s toll is now the highest outside China, the epicenter of the outbreak.

Chinese nationals have been barred from entering Iraq, despite it hosting several Chinese oil companies.

Concern has spread over social media networks in Iraq, with users expressing fears that the country cannot accommodate a coronavirus outbreak.

Many hospitals in Iraq are poorly equipped or in disrepair and there are less than 10 doctors for every 10,000 people, the World Health Organization says.

The novel coronavirus has spread to more than 25 countries since it emerged in December and is causing mounting alarm due to new outbreaks in Europe, the Middle East and Asia. – Rappler.com