Calm returns after 2-day flare-up in and around Gaza 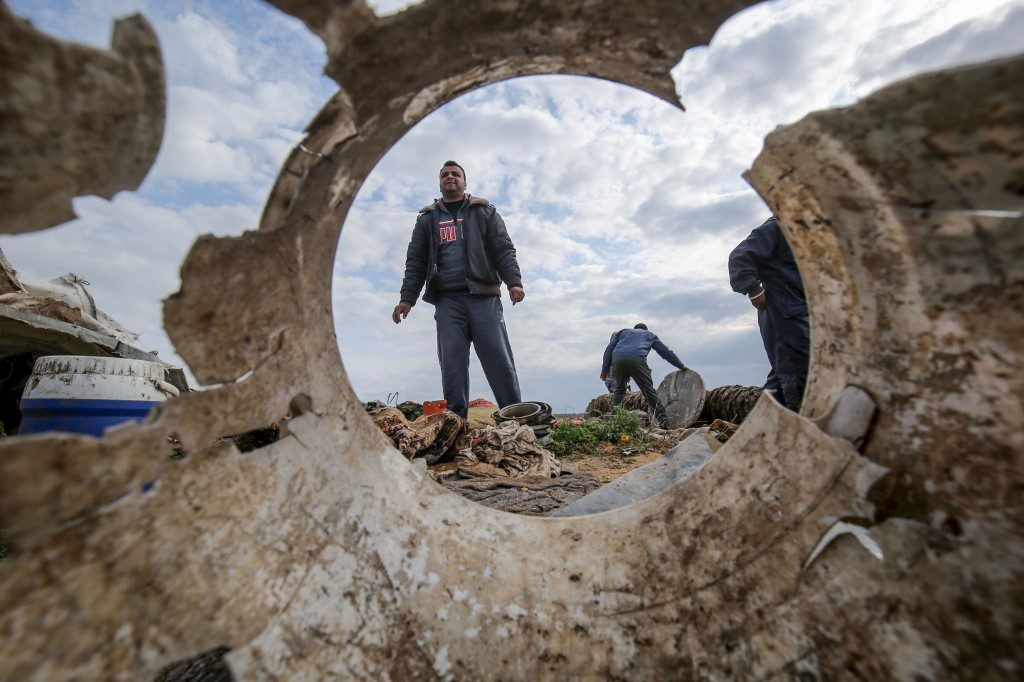 GAZA CITY, Palestinian Territories – Calm returned on Tuesday, February 25, after a two-day flare-up in and around Gaza between Israel and Palestinian militant group Islamic Jihad that raised fears of an escalation a week before an Israeli general election.

The Israeli military reported no rocket fire from the territory during the morning and Agence France-Presse correspondents in Gaza reported no Israeli strikes.

As with other Gaza truces, there was no official Israeli confirmation.

In a statement on Tuesday, the army said people in cities near the Gaza Strip could return to work and lifted restrictions on public gatherings.

Road and rail routes were reopened, but 65,000 pupils remained off school.

The main border crossing between the Palestinian enclave and Israel reopened for medical cases only, the Israeli defense ministry said.

Islamic Jihad, the second largest militant group in Gaza after dominant Islamist movement Hamas, fired more than 80 rockets and mortar rounds towards Israel after the army killed one of its fighters allegedly planting a bomb on the border on Sunday morning, February 23,.

The Israeli army removed the militant’s body with a bulldozer, with video of the extraction triggering widespread anger.

Most of the ensuing fire was intercepted by Israeli air defenses and there were no reports of casualties.

One rocket hit a playground but it was empty at the time, the army said.

Israeli fighter jets and helicopters responded with strikes on Islamic Jihad targets across Gaza, as well as in neighboring Syria.

Sunday’s fighting was the most intense between Israel and Islamic Jihad since November, when Israeli air strikes killed senior commanders from the group.

That three-day flare-up saw 35 Palestinians killed and more than 100 wounded, according to official figures.

There were no Israeli deaths despite hundreds of rockets being fired from Gaza.

Islamic Jihad did not accept a wider truce Hamas agreed with Israel in late 2018 and renewed after successive flare-ups last year.

Under the truce, Israel has allowed Hamas ally Qatar to provide fuel for Gaza’s sole power station and million of dollars for cash payouts to the needy, among other relaxations of its more than decade-old blockade in exchange for a let-up in the violence.

Hamas and Israel last fought a full-scale war in 2014, but smaller flare-ups have been relatively common.

On Monday, Prime Minister Benjamin Netanyahu, who is battling for reelection on March 2 in the shadow of an impending corruption trial, threatened an “extensive campaign” to end the rocket fire.

The election, Israel’s third is less than a year, is on track to be another close contest between Netanyahu’s right-wing Likud and the centrist Blue and White Party led by former armed forces chief Benny Gantz.

Gantz has repeatedly accused Netanyahu of being too soft in his responses to aggression from Gaza.

On Monday, the Blue and White leader vowed that if he is elected prime minister, Israel “will strike Hamas, Jihad and any other terrorist element with might, in unconventional ways, and anytime.”

“We will restore deterrence with force,” he said.

Netanyahu, who has long accused Gantz of relying on Israel’s Arab minority for support, seized on comments by the head of the Arab-led Joint List that it would not support any government that attacked Gaza.