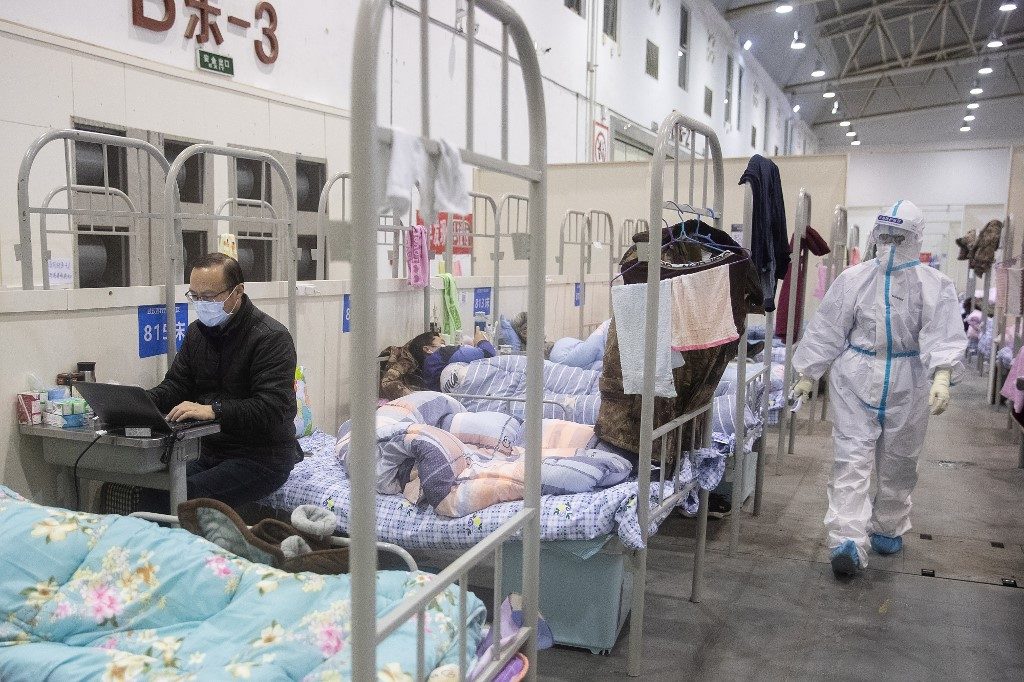 BEIJING, China – China reported 29 more deaths on Thursday, February 27 from the new coronavirus epidemic, the lowest daily figure in almost a month, and the number of fresh infections rose slightly.

The death toll now stands at 2,744 in mainland China, according to the National Health Commission.

The daily tally of fatalities has fallen for 3 straight days now, hitting the lowest mark since January 29, when 26 new deaths were reported.

The commission reported 433 new cases, with all but 24 in central Hubei province, the epicenter of the outbreak that first emerged in December in its capital, Wuhan.

There are now nearly 78,500 cases in total. (READ: World ‘simply not ready’ for virus spread – WHO China mission chief)

The number of new infections outside Hubei had been falling steadily in the past week, but it went back up from 5 on Wednesday, February 26.

While Hubei remains under lockdown, cities in the rest of the country are slowly returning to work, though schools remain closed and Beijing requires people returning to the capital to go into 14-day self-quarantine. – Rappler.com