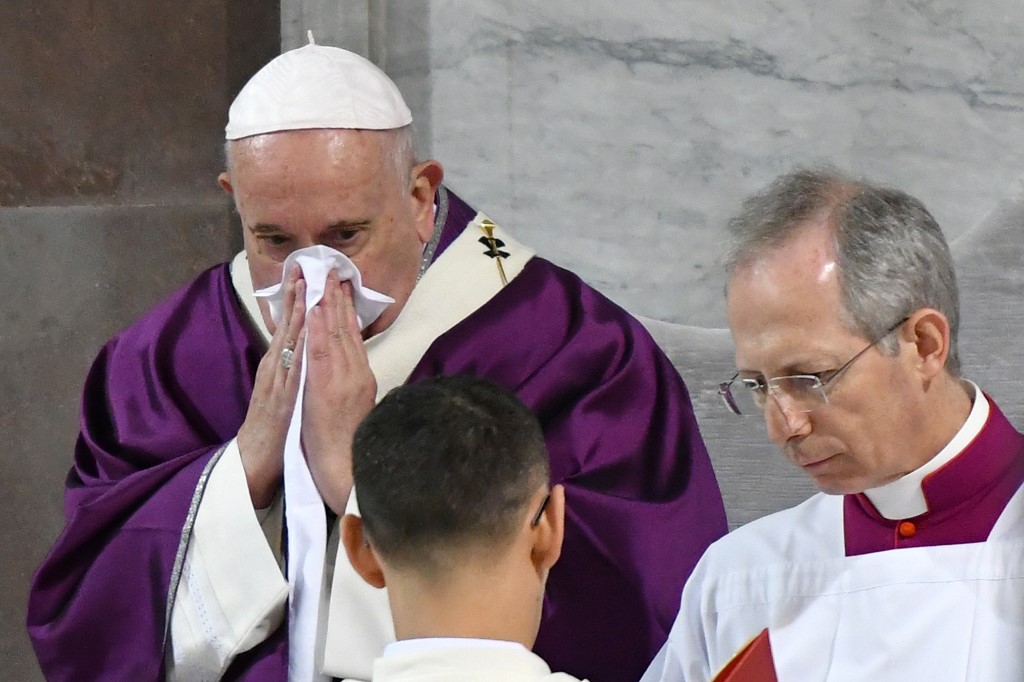 VATICAN CITY – Pope Francis cancelled a scheduled appearance at mass in Rome on Thursday, February 27, because of “a mild ailment,” the Vatican said, the day after he appeared to be suffering a cold.

“Due to a mild ailment, he preferred to stay in the vicinity of Saint Martha’s,” the guest house at the Vatican where the 83-year old pontiff lives, chief press officer Matteo Bruni said in a statement.

The mass in question was at the Basilica of St. John Lateran, one of Rome’s biggest and largest churches.

The announcement came as Italy struggles to control the largest outbreak of the coronavirus in Europe with some 400 cases.

Francis has not curtailed any of his activities, which often include mingling with crowds and shaking hands.

The pontiff, who only has one lung and suffers problems with one hip, very rarely cancels an appointment in his busy schedule.