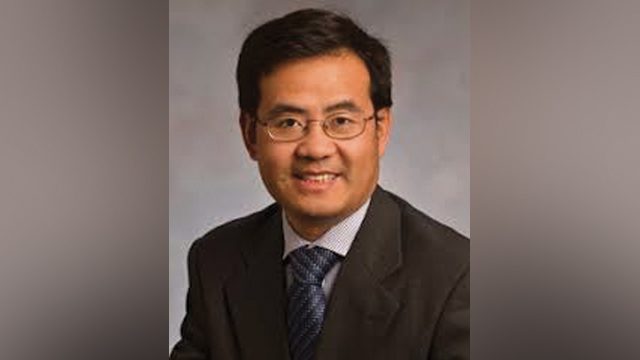 Facebook Twitter Copy URL
Copied
The US Justice Department says Anming Hu hid his ties to Beijing University of Technology while he taught and did research at University of Tennessee, Knoxville

WASHINGTON DC, USA – US authorities on Thursday, February 27, charged a professor at a university in Tennessee with fraud and false statements, saying he hid his link to a Chinese institution while taking funding from NASA.

In the latest case related to US efforts to halt alleged unauthorized technology transfers to China, the Justice Department said Anming Hu hid his ties to Beijing University of Technology while he taught and did research at University of Tennessee, Knoxville.

The indictment said that from 2016, Hu “engaged in a scheme to defraud the National Aeronautics and Space Administration” by hiding his affiliation with the Beijing university.

“Federal law prohibits NASA from using appropriated funds on projects in collaboration with China or Chinese universities,” the Justice Department said in a statement.

Hu was arrested Thursday and charged with 3 counts of wire fraud and 3 counts of making false statements.

The wire fraud charges bring up to 20 years in prison and a fine of up to $250,000 each; the false statement counts each bring a maximum 5 years in prison.

The case was brought by the national security division of the Justice Department, which has taken aim over the past year at a number of Chinese nationals for allegedly stealing industrial and other secrets to boost China’s economy and defense sectors.

“This is just the latest case involving professors or researchers concealing their affiliations with China from their American employers and the US government. We will not tolerate it,” said John Demers, the assistant attorney general for national security.

Washington says Beijing both pressures and incentivizes its nationals to bring back proprietary technology from the United States.

Among those arrested for allegedly supporting Beijing’s illicit technology acquisition efforts is the chairman of Harvard University’s chemistry and chemical biology department.

Charles Lieber allegedly hid from Harvard and US authorities payments of $50,000 a month for his personal needs and $1.5 million in lab funding from a Chinese university. – Rappler.com