Feb 29, 2020 1:03 PM PHT
Agence France-Presse
Facebook Twitter Copy URL
Copied
Greta Thunberg inspires millions of young people around the world by spearheading a movement since 2018 to demonstrate on Fridays in frustration at government efforts to tackle the issue 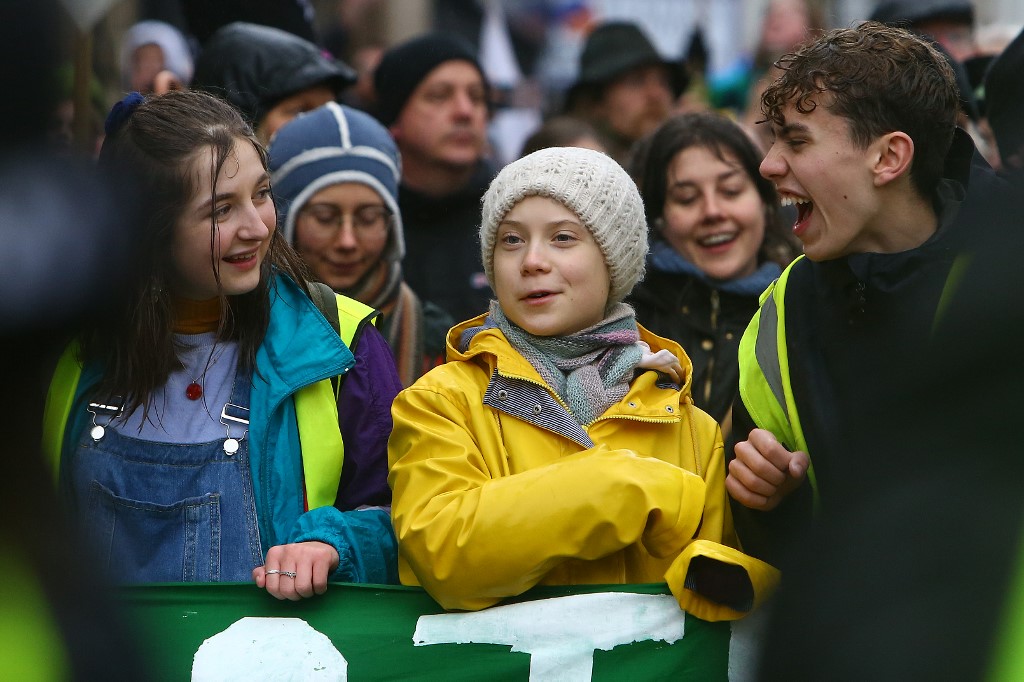 The 17-year-old has inspired millions of young people around the world by spearheading a movement since 2018 to demonstrate on Fridays in frustration at government efforts to tackle the issue.

“World leaders are behaving like children, so it falls on us to be the adults in the room,” she said at a rally in Bristol.

“We must continue and we have to be patient,” Thunberg, kitted out in her trademark yellow anorak as rain steadily fell, added.

“If enough people are pushing for change, then change will come.”

The court said the UK government – which approved the Heathrow extension in 2018 after years of delays – had failed to take into account commitments to the Paris Agreement on limiting global warming.

However, Thunberg cited the rejection by local councillors earlier this month of plans to expand Bristol Airport — which it had said would boost passenger capacity by two million a year — in her rallying speech to activists.

“This is far from enough, but it shows that it does actually make a difference.

“Activism works. So I’m telling you to act.”

Police said there were more than 20,000 people at the protest, while organisers claimed the number was closer to 30,000.

The city, which has a centuries-long reputation for its political radicalism, has embraced the youth climate protests, with Greta calling the local movement “very strong.”

She chose to visit after plans for a London rally were shelved due to the mushrooming size of the expected crowd.

After her address, the Swedish teenager led the crowds as they marched through Bristol city centre accompanied by a Samba band.

The rally’s young attendees, many accompanied by parents, carried signs reading “don’t be a fossil fool”, “we’re going to need a bigger boat” and “save earth don’t breed”.

The more adventurous had climbed traffic lights to get a better view, while others watched from the roof of the city’s main cathedral.

“We’ll probably get a detention but this is more important,” protester Aisha Benamal, 14, told AFP. – Rappler.com