Feb 29, 2020 2:57 PM PHT
Agence France-Presse
Facebook Twitter Copy URL
Copied
'We lack authority to resolve disputes between the legislative and executive Branches until their actions harm an entity beyond the federal government,' the decision says 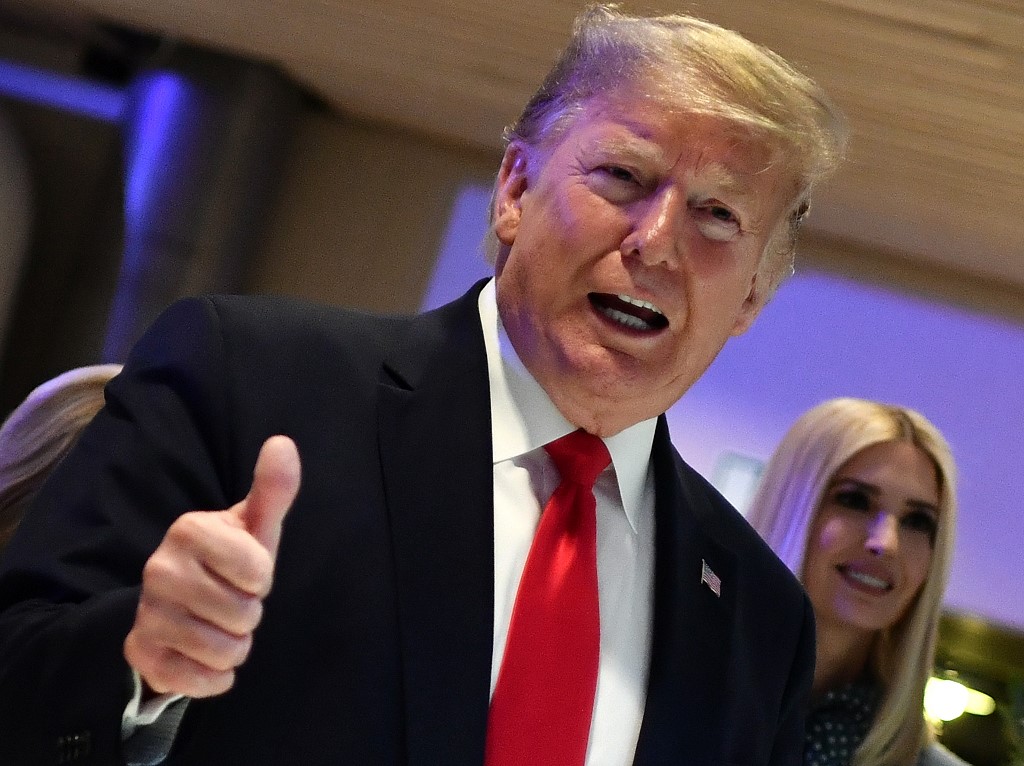 The Washington appeals court ruled 2-1 the US judicial branch has no power to decide whether Trump could prevent former White House counsel Don McGahn from testifying in an investigation of the president by the House Judiciary Committee.

McGahn had been called last year to testify in the impeachment investigation of Trump, particularly on allegations that Trump illegally obstructed the Russia political interference probe.

But McGahn refused to appear on Trump’s instruction, with the White House citing the president’s executive privileges.

The issue provoked a rare constitutional showdown in which the judiciary was asked to rule on the power struggle between the two other branches of government – the executive and legislative.

The House Judiciary Committee sued McGahn in the federal district court in Washington to force him to appear, effectively asking the court to favor its powers over the president’s claim of executive privilege.

Legal experts say that the US Supreme Court, which decides key constitutional issues, has never ruled on such a question, but the lower court ruled in favor of the Judiciary Committee’s position.

McGahn appealed, and on Friday the appeals court said under the constitution the judicial branch does not have the authority to referee such a power struggle between the other two branches – effectively supporting Trump’s claim of near-absolute privilege and immunity.

“The committee’s suit asks us to settle a dispute that we have no authority to resolve,” the two judges in the majority wrote.

“We lack authority to resolve disputes between the legislative and executive Branches until their actions harm an entity beyond the federal government.”

“We cannot decide this case without declaring the actions of one or the other unconstitutional,” they added.

House Judiciary Committee Chairman Jerry Nadler said his committee would work with House leadership and the Office of the General Counsel to “pursue further review and to seek rehearing” by the entire bench of judges in the full appeals court.

“Now more than ever, the courts cannot abandon their responsibility to resolve legal disputes involving the president,” he added.

The ruling bolstered Trump’s refusal to allow current and former White House staff to testify before Congress and to supply documents on the grounds of executive privilege.

The issue was key in Trump’s impeachment trial, which ended in his acquittal in February.

Trump was charged with abuse of power and obstruction of Congress, the latter charge based on his refusal to supply documents and permit testimony in the face of Congressional subpoenas.

Republicans criticized Democrats for “rushing” the trial without first pursuing the issue in the courts.

Democrats however said a legal battle would end up in the Supreme Court where a ruling would not likely happen before next year.

It was not immediately clear whether the committee will appeal the McGahn case to the Supreme Court. – Rappler.com