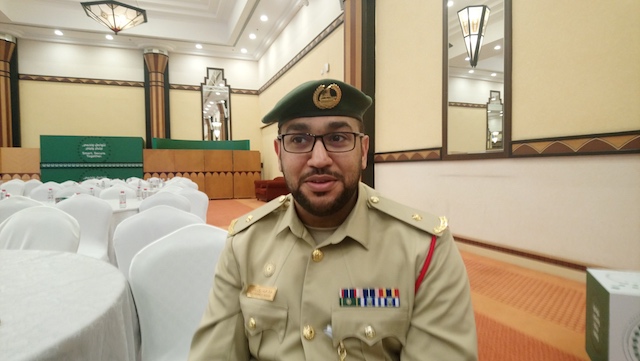 DUBAI, United Arab Emirates – The Dubai Police have cautioned the public against sharing unconfirmed and unofficial information about novel coronavirus disease COVID-19 on social media, warning them that they can get “blacklisted” for spreading unverified information.

The police aired the warning in an apparent bid to ensure order following the lockdown of two hotels in neighboring Abu Dhabi on Friday, February 28, after two guests were suspected of contracting COVID-19.

In a town hall meeting at the Dubai Police Officers Club held in conjunction with the Philippine Consulate General’s Office, Lieutenant Khalid Mohammed Banasser, police spokesperson, said spreading disinformation is considered a national security threat and would be dealt with to the full extent of the law.

“The person can be blacklisted. Any information that can demean the name and security of the country is very dangerous; the punishment is very high,” Banasser told reporters.

“If you have any information and you spread it, you must know exactly where it is coming from, else you will be responsible for disinformation. It is a national security threat,” he added.

Noting how unverified information could easily go viral on social media, Banasser said an official channel has been put in place by the UAE government, with various agencies working through a one-team approach.

“There will be an official release for all information,” he said.

Any updates about the COVID-19 will be transmitted to the different embassies and consulates general for proper dissemination, he said.

“Unofficial information may be open to doubts on their veracity and thus the greater the responsibility of sharing such,” he said.

On Friday, February 28, Reuters reported that two luxury Abu Dhabi hotels were in lockdown to isolate guests after two participants of an international cycling event, the UAE Tour, were suspected to be COVID-19 cases.

The final two stages of the UAE Tour were subsequently canceled.

Guests at the two hotels were screened following concerns that they might have interacted with the two suspected cases. The hotels were named in the Reuters report as the W Abu Dhabi and the Crowne Plaza Abu Dhabi, both on Yas Island in Abu Dhabi.

The Department of Health-Abu Dhabi affirmed that laboratory tests conducted on 167 people quarantined after coming into contact with the two suspected cases were negative, the Emirates News Agency (ENA) said in an announcement past midnight on Saturday.

ENA quoted DoH-AD as saying it was “still monitoring the condition of the remaining cases of contacts, whose lab test findings will be available within the next few hours.”

In collaboration with the Ministry of Health and Prevention (MoHAP) and other competent authorities, the DoH-AD has applied precautionary quarantine and preventive measures on all participants in the UAE Tour and placed them in hotels on Yas Island for testing.

The health authorities were still monitoring the health condition of the contacts to ensure safety of the community, the statement added. The exact number of people who were screened was not immediately available.

Ronald Precilla, who heads Bayanihan Council, an aggrupation of  Filipino organizations in Abu Dhabi, said they have lined up activities to further raise awareness on COVID-19.

There are approximately 750,000 Filipinos in the UAE – a large number employed in the services industry.

“We are currently doing an education campaign. Yesterday, during the Bayanihan Council meeting, we had a brief awareness campaign and discussion. A Bayanihan Whatsapp Group for leaders has been put in place as well,” Precilla said.

He said that Filipino doctors would conduct a focused session this week in Abu Dhabi, and that a social media awareness campaign on the council official page had been launched.

“The UAE is our second home and we know about the government efforts to maintain a healthy environment. We are relieved that UAE has the right facility, technology and resources to keep us safe,” Precilla said.

For his part, Art Los Banos, founding member of the Filipino Social Club (FilSoc) in Dubai ,said: “We have to follow the rules and policies of our host country. We should be very careful in sharing information on social media even with a good intention to warn people. Only Dubai and federal government announcements should be cascaded to internal and external stakeholders.”  – Rappler.com