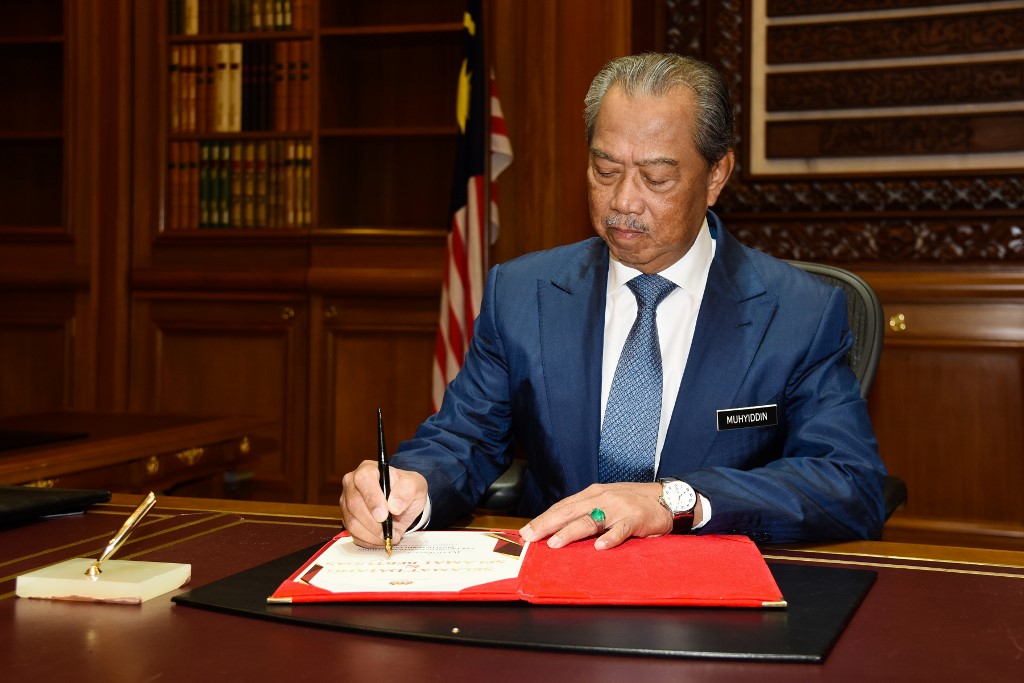 “I know there are those who are angry with me – I am not a traitor,” Muhyiddin Yassin said in a televised address – his first extensive comments since being inaugurated Sunday, March 1.

“I have a clear conscience. (I am here) to save the country from being battered by continued political uncertainty.”

Malaysia was plunged into turmoil after Mahathir’s reformist “Pact of Hope” alliance, which stormed to a historic poll victory two years ago, collapsed and the 94-year-old resigned as premier.

Mahathir then sought to come back as prime minister but lost out to low-profile, former interior minister Muhyiddin, who has backing from a coalition dominated by the multi-racial country’s ethnic Malay Muslim majority.

He was named to the job by the king, who appoints the Southeast Asian nation’s premier after deciding who has most support from MPs.

But there has been widespread anger that the democratically elected government was ejected, while Mahathir insists he had enough backing to be premier and has accused Muhyiddin of betrayal.

Muhyiddin defended his legitimacy as premier, saying he had secured majority support from MPs.

He also said he would “prioritize having a clean, corruption-free and efficient administration.”

One of Muhyiddin’s coalition partners is the United Malays National Organisation (UMNO), the lynchpin of a graft-riddled coalition ejected from power in 2018 after 6 decades.

It is the party of disgraced ex-leader Najib Razak, who is accused of plundering state fund 1MDB. He and other senior UMNO figures are on trial for corruption but there are concerns the cases could be halted now the party is back in power.

Muhyiddin is considered a Malay nationalist, and there are fears his government could push policies that worsen already tense relations between Muslims and the country’s ethnic Chinese and Indian minorities.

But he insisted: “I am a prime minister for all Malaysians.” – Rappler.com