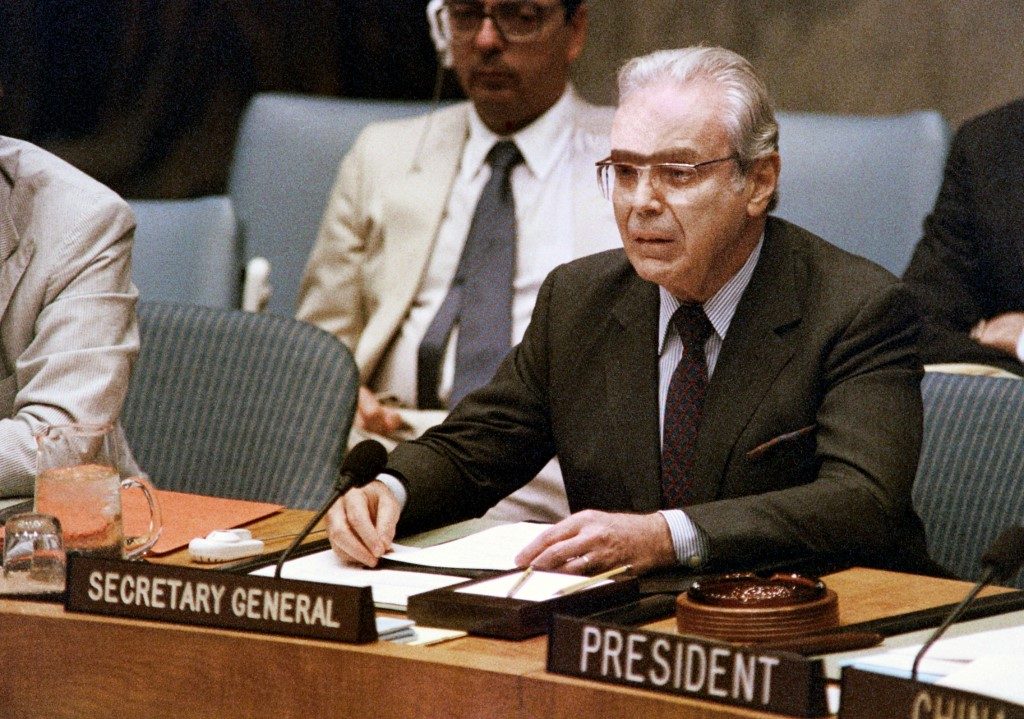 “My dad died after a complicated week. He died at 8:09 pm tonight (0109 GMT Thursday) and is resting in peace,” Francisco Perez de Cuellar told RPP radio.

The Peruvian diplomat served as United Nations Secretary General from 1981 to 1991.

Antonio Guterres, who currently heads the UN, wished him “with pride & joy” a happy 100th birthday on January 19.

“On this momentous occasion, we at the UN draw on his example for inspiration & are deeply grateful for his many contributions and achievements as Secretary-General,” Guterres wrote on Twitter.

Perez de Cuellar’s remains will lie at the Peruvian foreign ministry before burial on Friday, March 6, his son said. – Rappler.com