Mar 5, 2020 4:27 PM PHT
Agence France-Presse
Facebook Twitter Copy URL
Copied
Lithuania police say it intervened in a domestic dispute after a man locked his wife in the bathroom over fears that she may be carrying the coronavirus 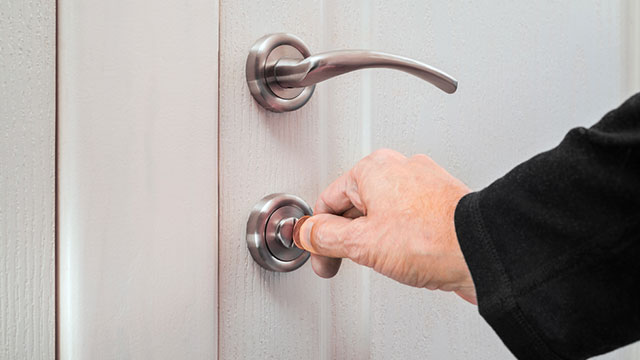 VILNIUS, Lithuania – Police in Lithuania intervened in a domestic dispute on Wednesday, March 5, after a man locked his wife in the bathroom over fears that she may be carrying the coronavirus.

“We got the report that a husband and two adult sons refused to let the woman out of the bathroom after she told them that she could have contracted the coronavirus,” national police spokesman Ramunas Matonis told AFP.

The woman reportedly told her husband she may have caught the disease new coronavirus when she spoke with a person who had arrived from abroad.

“Police officers arrived, there was no violence, no complaint, therefore an ambulance was called,” the police spokesman said.

Local media reported that the woman tested negative for the presence of the new coronavirus, which has so far infected one person in Lithuania, an EU Baltic state of 2.8 million people.

The 39-year-old female victim had recently returned from Verona in an area of northern Italy that has recorded Europe’s highest number of deaths from the disease.

The virus death toll in Italy passed 100 on Wednesday.

Altogether the virus has killed over 3,000 people worldwide, most of them in China. – Rappler.com