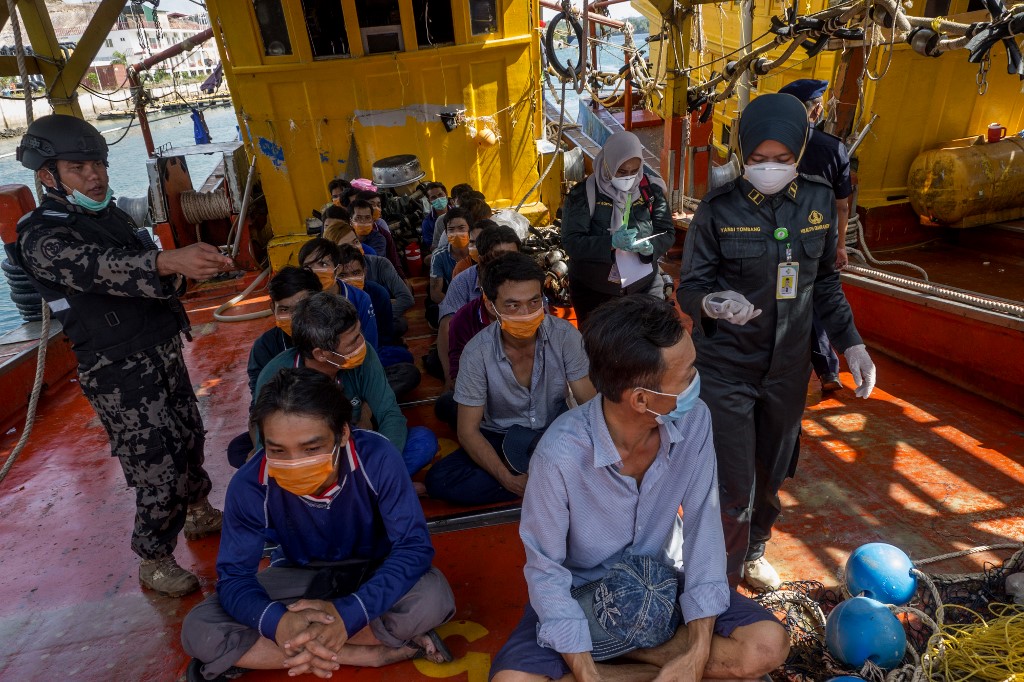 JAKARTA, Indonesia – Indonesia says it has detained dozens of crew from Vietnamese boats fishing illegally in waters that were the scene of a diplomatic spat with China earlier this year.

The maritime ministry said 5 fishing boats and some 68 crew members were seized after being intercepted on Sunday near Indonesia’s Natuna islands, which border the South China Sea, most of which is claimed by Beijing.

Last year Indonesia accused the Vietnamese coastguard of raming one of its vessels to stop the interception of a boat fishing illegally.

Jakarta claims the area in the southernmost reaches of the South China Sea as its exclusive economic zone.

In January, Indonesia deployed fighter jets and warships to patrol the Natuna islands in a spat with Beijing over Chinese vessels entering the area.

China claims most of the South China Sea despite competing claims from other Southeast Asian nations including Vietnam, the Philippines and Malaysia. – Rappler.com