Mar 5, 2020 6:12 PM PHT
Agence France-Presse
Facebook Twitter Copy URL
Copied
The woman was hospitalized in the city of Lausanne with the virus on Tuesday and died overnight 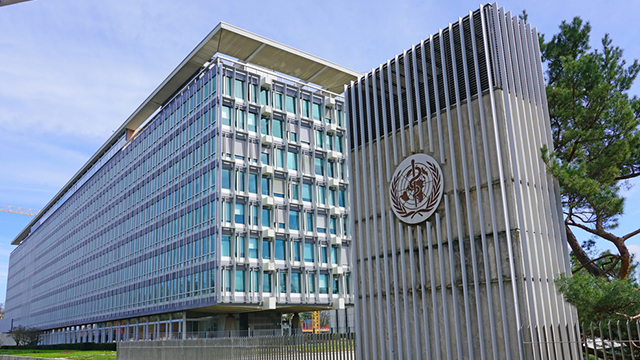 GENEVA, Switzerland – A 74-year-old woman suffering from the new coronavirus has died in Switzerland, marking the country’s first death in the outbreak that has claimed more than 3,200 lives globally, police said Thursday, March 5.

The woman, who was hospitalized in the western city of Lausanne with the virus on Tuesday, March 3, died overnight, regional police in the canton of Vaud said in a statement.

The woman, who also suffered from a pre-existing chronic illness, had been considered “high risk” from the virus.

COVID-19 produces mild symptoms in 80% of cases, but for the elderly and sick it can produce severe pneumonia and multiple organ failure.

Globally, it is estimated to have killed 3.4% of those who have contracted the virus.

More than 95,000 people have been infected and over 3,200 have died worldwide from the virus, which by Thursday had reached some 80 countries and territories.

To date, Switzerland has registered 58 confirmed cases of COVID-19 since the disease first surfaced in the country on February 25.

Switzerland on Friday suspended all events with more than 1,000 participants until March 15, notably cancelling the Geneva International Motor Show.

On Thursday, the International Labour Organization said that it had decided to cancel a meeting of its governing body, which had been expected to draw around 500 people from more than 70 countries this month, after conducting a risk assessment.

The United Nations’ European headquarters in Geneva has also closed its doors to visitors and has curbed some activities linked to the Human Rights Council. – Rappler.com