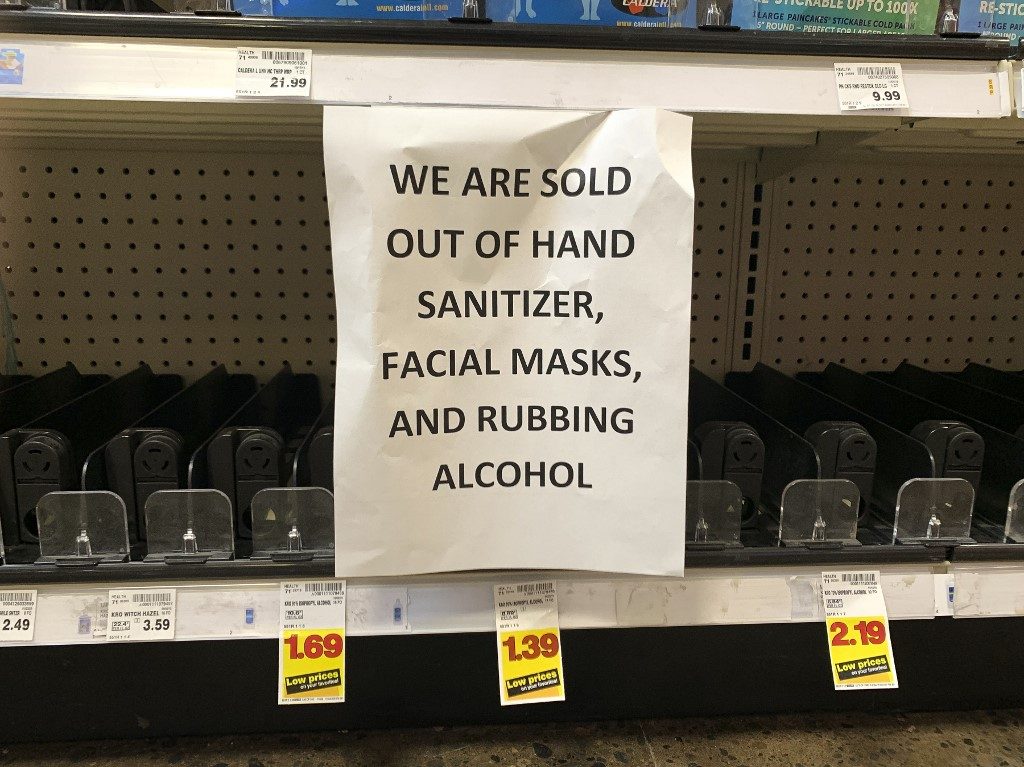 Facebook Twitter Copy URL
Copied
However, the largest nursing union in the US denounces the 'disturbing' lack of preparation at many hospitals

The Senate gave sweeping bipartisan support to the funding a day after the House passed the bill, so that it could be quickly sent to the White House for President Donald Trump’s signature.

“The American people are looking for leadership, they want assurance their government is up to the task of protecting the health and safety,” said Democratic Senator Patrick Leahy.

The number of confirmed COVID-19 cases has surged, particularly in northwest Washington state where another person succumbed to the illness, bringing the US death toll to 12. There have been more than 180 confirmed cases nationwide, according to an AFP tally.

Health workers meanwhile began testing 35 or so people on board the Grand Princess cruise ship who have shown flu-like symptoms, after one 71-year-old man who was on a previous voyage died from the virus.

There are nearly 3,500 passengers and crew on the vessel, which cut short its voyage back from Hawaii after the passengers began to fall ill.

Though not everyone was being tested, they will be isolated once the ship is finally allowed to dock, an official said.

One of the passengers contacted by AFP said there was no panic on board and people seemed to be taking the setback in stride.

“I can’t get over how the news is sensationalizing our ship,” said Carolyn Wright, 63, a professional photographer from New Mexico. “There were two cases on the previous cruise and they act like everybody on board has the plague.”

She said passengers were told around midday on Thursday to remain in their cabins and that test results would be released early Friday.

The Grand Princess belongs to Princess Cruises, the same company which operated the Diamond Princess – the coronavirus-stricken ship held off Japan last month from which more than 700 people tested positive and 6 died.

On Thursday, Washington state officials announced a jump in cases, from 39 to more than 70. Eleven of the 12 deaths have been reported there, with the other in California.

Tech firms in Seattle like Amazon, Facebook and Google were telling employees to work remotely, as was Microsoft in nearby Richmond.

Some schools in the state have also decided to close for a couple weeks and hold classes online. (READ: 290 million students out of school as global virus battle intensifies)

Vice President Mike Pence, the White House pointman on the crisis, was due to visit the state.

US officials continue to stress that the overall risk to the public remains low and are urging people not to panic or buy masks – which could create a shortage for those who require them.

The scientific data so far shows that elderly people and those with underlying conditions are most at risk of serious illness and the majority of deaths have occurred in a Seattle-area nursing home.

But the largest nursing union in the US denounced Thursday the “disturbing” lack of preparation at many hospitals.

“It is not a successful strategy to leave nurses and other health workers unprotected,” she said.

Earlier, a top health official said the overall mortality rate for the novel coronavirus was lower than previously thought.

“The best estimates now of the overall mortality rate for COVID-19 is somewhere between 0.1% and 1%,” Admiral Brett Giroir, the assistant secretary of health said at a news briefing.

He explained the new figure, far lower than previous estimates of 2-5%, by saying that there had been a significant underreporting of cases. – Rappler.com