Mar 6, 2020 9:14 AM PHT
Agence France-Presse
Facebook Twitter Copy URL
Copied
It's the latest hardening of relations between Brazil's far-right President Jair Bolsonaro and the government of radical leftist Maduro that he has branded a 'dictatorship' 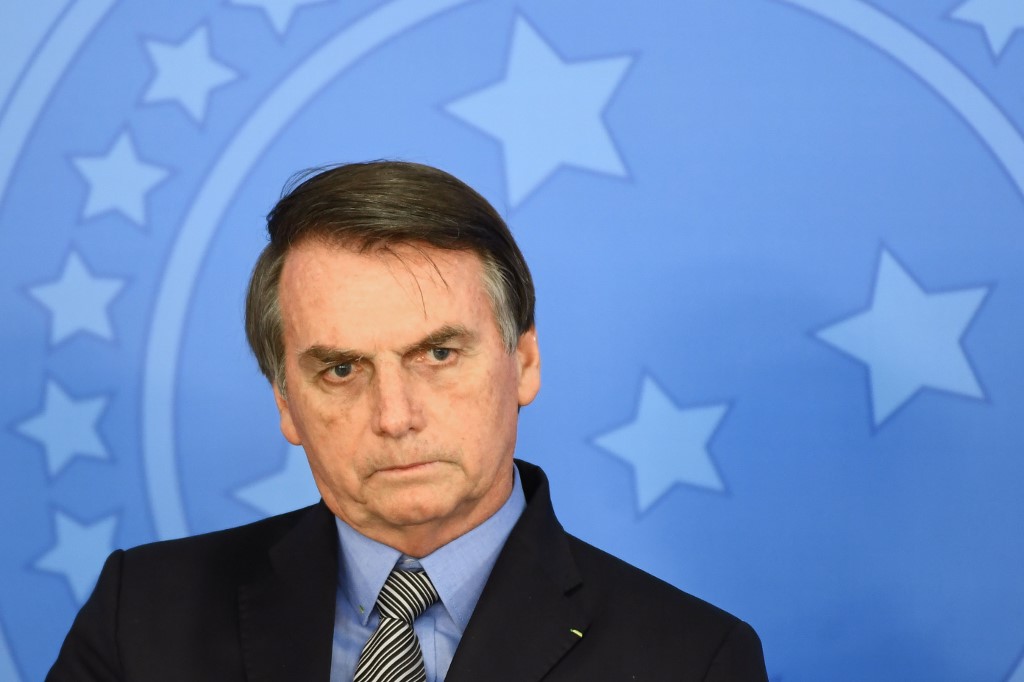 BRASILIA, Brazil – Brazil recalled its entire corps of diplomats and foreign service officials from Venezuela while ordering the government of Nicolas Maduro to reciprocate with its representatives in Brazil, a government source told AFP on Thursday, March 5.

“No one will remain in all of Venezuela,” said the source after the Official Journal revealed earlier on Thursday that 4 diplomats and 10 officials were ordered home from the Brazilian embassy and consulates in Venezuela.

It’s the latest hardening of relations between Brazil’s far-right President Jair Bolsonaro and the government of radical leftist Maduro that he has branded a “dictatorship.”

Maduro in return has called Bolsonaro a “fascist.”

Brazil is one of the more than 50 countries to have recognized the claim of Venezuela’s opposition leader Juan Guaido to be his country’s acting president. Guaido made the proclamation early last year following the opposition-controlled parliament’s branding of Maduro as a usurper over his 2018 re-election in a poll widely derided as rigged.

The source didn’t say when the recall would be completed but Brazilian press say it will be done within two months.

However, the measure does not mean the embassy will be closed, the source said.

There are an estimated 10,000 Brazilians living in Venezuela who could be affected by the measure.

That was a reference to an attack by deserters on a military detachment in Venezuela’s Bolivar state that borders Brazil, after which 5 Venezuelan military personnel claimed asylum in Brazil.

In November, around a dozen Guaido supporters invaded Venezuela’s embassy in Brasilia but left 13 hours later under pressure from Brazilian authorities. – Rappler.com