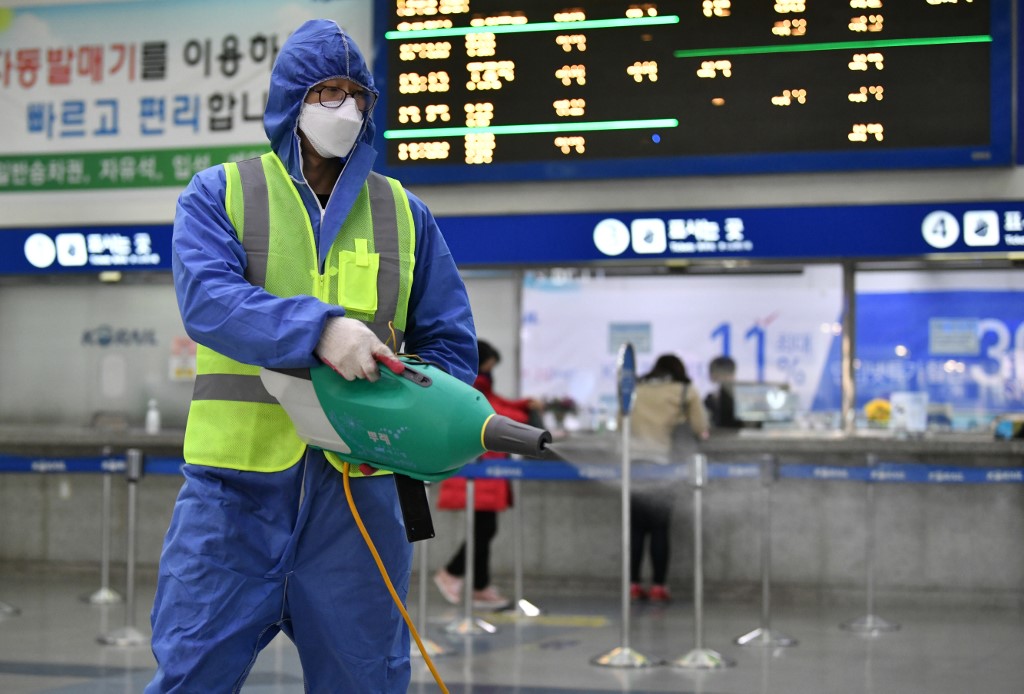 SEOUL, South Korea (UPDATED) – Seoul suspended a visa-waiver program for Japanese nationals Friday, March 6, in retaliation for what it called an “irrational” plan by Tokyo to deal with the coronavirus outbreak, escalating a diplomatic row over their containment measures.

The two countries have close economic ties and are both major US allies, democracies and market economies faced with a rising China and nuclear-armed North Korea.

But their relationship continues to be heavily affected by Japan’s colonial rule of the Korean peninsula from 1910 to 1945 – a dispute that escalated into a trade and security row last year.

Japanese Prime Minister Shinzo Abe on Thursday, March 5, announced that foreign arrivals who have recently been in China or South Korea would be required to spend 14 days in quarantine.

The South’s two biggest airlines Korean Air and Asiana on Friday announced the cancellations of most or all of their flights to Japan once the measure comes into force, and K-pop band Super Junior indefinitely postponed their upcoming shows in the country.

Seoul responded Friday evening by announcing a suspension of its visa-waiver scheme for Japanese visitors starting Monday, March 9, and said it would also invalidate any travel permits already issued.

Vice-foreign minister Cho Sei-young said South Korea would also impose a health check process on Japanese travelers, who may be asked to submit a medical certificate.

South Korea has reported more than 6,500 coronavirus cases – the highest total outside China – and around 60 countries and regions have imposed travel bans or quarantine on arrivals from the world’s 12th-largest economy.

But it has taken particular issue with Japan’s restrictions, with the presidential office calling the decision “irrational” and contrasting its “scientific and transparent” outbreak control campaign with Tokyo’s “opaque and passive” efforts.

Seoul summoned the ambassador to protest, with foreign minister Kang Kyung-wha telling him: “Japan’s action this time was not only unfriendly but also unscientific.” (READ: World failed to learn SARS lessons for coronavirus fight – experts)

Her ministry accused Tokyo of ulterior motives, saying in a statement: “We can’t help but question whether Japan has other motives than containing the outbreak.”

The South’s total reported infections – the largest figure outside China, where the virus first emerged – rose to 6,593 on Friday, the Korea Centers for Disease Control and Prevention said.

It announced 7 more deaths, taking the toll to 42.

Japan has reported 360 confirmed cases and 6 deaths from the illness, and a handful of countries have blocked arrivals from it or imposed restrictions.

Around 40 countries and regions have banned entry to foreigners who have recently been in the South, while more than 20 require quarantine, as do several parts of China.

Seoul has not protested to Beijing over those decisions, despite facing domestic criticism itself for not banning all arrivals from China, rather than only those from Hubei, the province at the center of the epidemic.

Over 90% of South Korea’s cases are in the southern city of Daegu and the neighboring North Gyeongsang province.

Most of the country’s infections are linked to the Shincheonji Church of Jesus, a religious sect often condemned as a cult, one of whose members attended at least 4 services before being diagnosed.

Scores of events – from K-pop concerts to sports seasons – have been cancelled or postponed over the contagion, with school and kindergarten breaks extended by 3 weeks nationwide. – Rappler.com