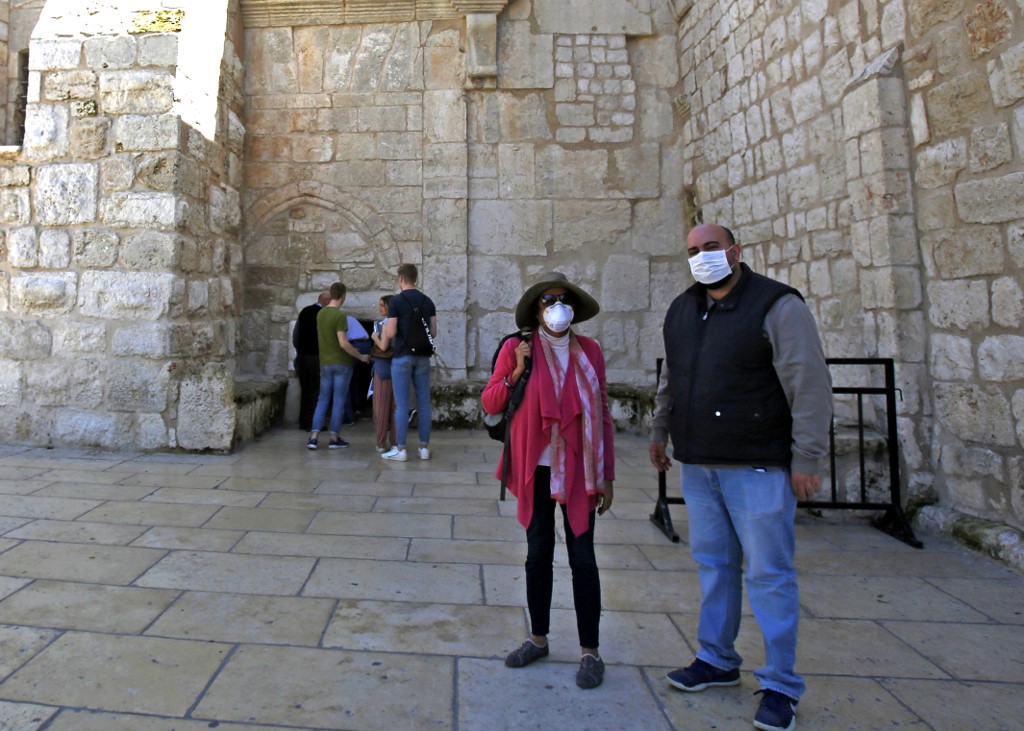 BETHLEHEM, Palestinian Territories – Israel has imposed a lockdown on the city of Bethlehem over coronavirus fears as Palestinian authorities announced a two-week ban on tourists and shuttered the Church of the Nativity.

The moves came after Palestinian authorities said 7 cases had been confirmed in the Bethlehem area south of Jerusalem on Thursday, March 5, and announced a 30-day state of emergency and the cancellation of large gatherings.

All Israelis and Palestinians “are forbidden from entering or leaving the city”, the Israeli defense ministry said in a statement, adding the lockdown had been imposed “in coordination with the Palestinian Authority”.

Israel controls all entrances to the West Bank from the Jewish state but the Palestinian government has limited autonomy in cities.

The Church of the Nativity, built on the site that Christians believe was the birthplace of Jesus, was closed on Thursday and is among the sites expected to be shuttered until March 20.

“We have decided to prevent the entry of tourists for a period of 14 days and to prevent hotels in all cities from receiving foreigners,” tourism minister Rula Maayah told AFP.

The Palestinian health ministry said the cases had first been detected at a hotel in the Bethlehem area.

All were being treated in quarantine, it added.

The head of the local health directorate, Imad Shahadeh, told AFP that a group of Greek tourists had visited the hotel in late February, with two later diagnosed with the virus.

A number of suspected cases have since been identified among hotel workers, he said.

Government officials announced a series of measures in the occupied West Bank, also including the cancellation of large sporting events and other major gatherings.

Asbed Balian, senior cleric of the Armenian church at the Church of the Nativity, said infected visitors had entered the site.

“People affected by corona visited the church,” he told AFP. “It will be closed for 14 days and they are going to spray antiseptic.”

Schools, universities and mosques in Bethlehem were also closed Thursday and the Palestine Marathon, scheduled for March 27, has been postponed.

COGAT, the Israeli body responsible for civilian activities in the Palestinian Territories, said it was “working closely with the Palestinian Authority” to stem the spread of the virus.

Israel, which so far has 16 confirmed cases of the disease, has imposed stringent measures on many European nations in a bid to contain the virus.

Israel has also scrapped joint military exercises with the United States in Germany.

The Israeli army announced that from noon Friday, March 6, all forces would be prevented from leaving Israel, whether “on personal trips or on duty”. – Rappler.com