‘This is not a drill’: WHO urges world to take virus more seriously 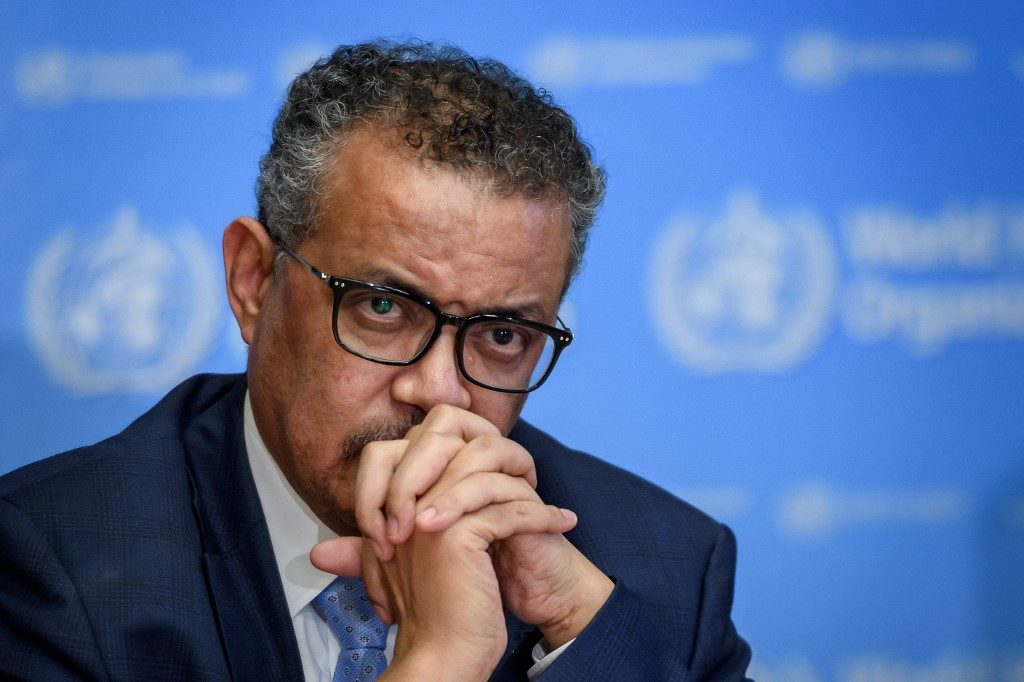 BEIJING, China – World health officials have warned that countries are not taking the coronavirus crisis seriously enough, as outbreaks surged across Europe and in the United States where medical workers sounded warnings over a “disturbing” lack of hospital preparedness.

Global markets tumbled again over concerns about the impact on the economy and as countries took more drastic steps to prevent contagion of a disease that has killed more than 3,300 people and infected nearly 100,000 in about 85 nations.

Cases soared in Italy, France, Greece and Iran, while a cruise ship was held off the Californian coast to test passengers showing symptoms of the disease – echoing a harrowing episode in Japan several weeks ago that saw hundreds infected on a luxury liner.

Even religion is affected: The Vatican said Pope Francis may change his schedule, Bethlehem was placed under lockdown, and Saudi Arabia emptied Islam’s holiest site in Mecca to sterilize it.

In India the world’s biggest film industry called off its equivalent of the Oscars that had been set for the end of the month, with organizers citing the “sensitivity” of the health crisis.

Fears about the economic fallout caused stock markets in Asia to sink on Friday, March 6, and European health ministers launched crisis talks on how to slow the spread of the pathogen.

China – where the virus emerged late last year – still accounts for the majority of cases and deaths, but infections are now rising faster abroad, with South Korea, Iran and Italy all major hotspots.

The World Health Organization warned Thursday, March 5, that a “long list” of countries were not showing the political commitment needed to “match the level of the threat we all face.”

“This is not a drill,” WHO chief Tedros Adhanom Ghebreyesus told reporters, calling for “aggressive preparedness.”

“This is a time for pulling out all the stops.”

In the United States, the largest nursing union said a survey of thousands of nurses at hospitals showed “truly disturbing” results.

“They show that a large percentage of our nation’s hospitals are unprepared to safely handle COVID-19,” said Jane Thomason, a hygiene specialist with the union.

The US Congress passed an emergency $8.3 billion spending bill to combat the coronavirus Thursday as cases surged in the country’s northwest and deaths reached 12.

More than 180 people are infected in the US. But President Donald Trump has downplayed the risk, saying the WHO’s report of a 3.4 mortality rate was “false.”

Admiral Brett Giroir, the assistant secretary of health, estimated the death rate at “somewhere between 0.1% and 1%” – closer to the seasonal flu – due to a high number of unreported cases.

A helicopter dropped test kits on the deck of the Grand Princess cruise ship off the coast of San Francisco to determine if any of the nearly 3,500 guests and crew had contracted the new coronavirus.

Health officials sounded the alarm after two passengers who had been on board during a previous voyage later fell ill, and one of them died.

The ship belongs to Princess Cruises, the company that operated a coronavirus-stricken vessel held off Japan last month from which more than 700 people tested positive and 6 died.

Cases in China have gradually fallen as tens of millions of people remain under strict quarantine to contain the virus, which first emerged in the central city of Wuhan in December.

But fresh infections increased for a second consecutive day on Friday, with 143 new patients, and the number of imported cases from abroad to 36.

Anger at the government’s handling of the epidemic has not waned in Wuhan, as videos circulated of residents haranguing an official touring an apartment complex.

According to Chinese media, the outcry was against the community’s property management, who were allegedly only pretending to have volunteers deliver food to inhabitants in the locked down towers.

Other countries are facing a growing epidemic.

South Korea has the biggest number of cases outside China, with over 6,500 infections and 42 deaths, prompting the country to extend school breaks by 3 weeks.

Japan imposed a quarantine on arrivals from South Korea and China, angering Seoul which summoned the Japanese ambassador to protest the “irrational” move.

Italy, which has the biggest outbreak in Europe, has ordered schools and universities shut until March 15, and on Thursday reported a sharp rise in deaths, bringing the total to 148.

But the UN rights chief said Friday that governments using lockdowns and quarantines must ensure people’s rights are respected and avoid unintended consequences for their livelihoods. – Rappler.com