Mar 7, 2020 12:15 PM PHT
Agence France-Presse
Facebook Twitter Copy URL
Copied
Criticized for their slow response to the coronavirus, chastened Chinese authorities go on the offensive as the death toll rises to more than 3,000 with over 80,500 infected in the country 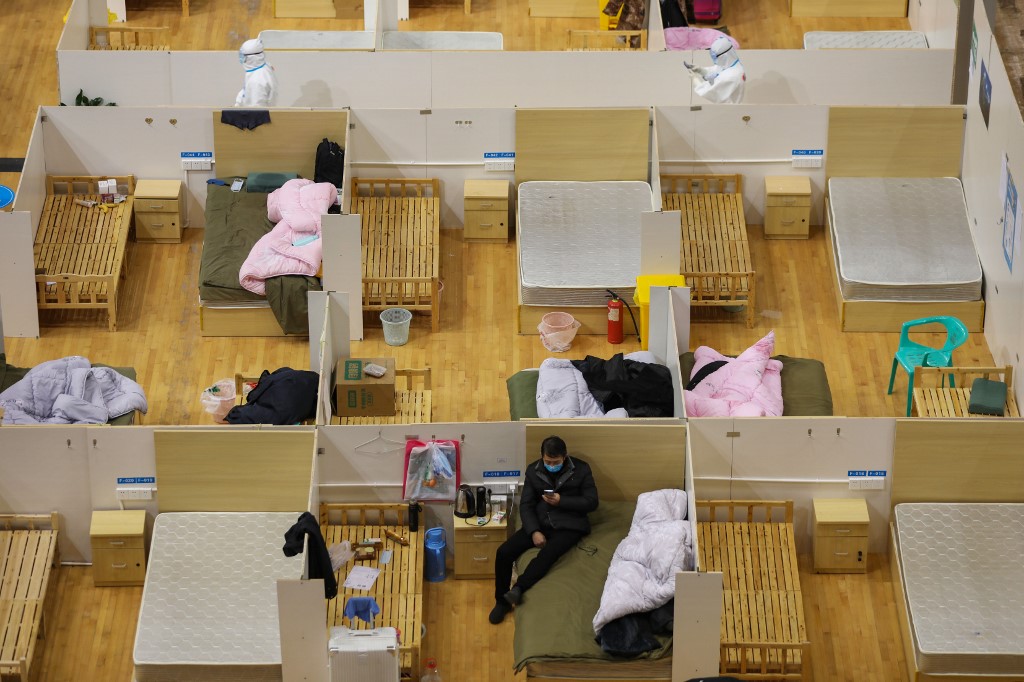 BEIJING, China – An elderly man in virus-hit China pops out to use a public toilet without wearing a compulsory face mask. The next thing he knows, police are ordering him into a van to be taken into quarantine.

A video of the incident in the northern province of Hebei has been widely shared on social media amid growing anger over apparently arbitrary measures aimed at stopping the deadly epidemic from spreading.

Criticized for their slow response to the virus, which emerged in the central city of Wuhan in December, chastened authorities have gone on the offensive in recent weeks, as the death toll has risen to more than 3,000 with over 80,500 infected in the country. (READ: Coronavirus cases hit 100,000 as cruise ship fears grow)

From locking down tens of millions of people at the epicenter of the outbreak to imposing two-week quarantines on anyone who has travelled to virus-affected provinces or countries, officials are pulling out all stops to contain the virus.

But there are growing complaints that their efforts are excessive, with neighborhood committees – which enforce the orders of the ruling Communist Party – sometimes accused of going too far.

“In my case, they acted in a simplistic and rude manner,” Zhang, a 29-year-old woman in Beijing, told AFP.

Zhang was quarantined after her flatmate returned from another province and was banned from even setting foot in the shared corridor.

To ensure she obeyed, a notice was stuck on her front door warning neighbors, “this person is currently in quarantine. Please watch over them.”

In another case shared on social media, 3 relatives under lockdown in the hardest-hit province of Hubei were playing mahjong when they were reprimanded by staff enforcing the prevention measures, apparently for being too close to each other.

Ge Daye was also quarantined in his home near Beijing on the orders of local officials — not because he had travelled to a virus-hit area, but because he was born in Hubei.

“I haven’t been there for six months,” the 29-year-old said.

“They say the measure comes from above and admit themselves that it is not good. But the orders are the orders.”

“I understand the politicians. They don’t want to bother” sorting out potentially infected people from the rest, he said.

But the approach “is completely absurd”.

Faced with growing discontent over its handling of the health crisis, the government is taking action.

In a recent editorial, the Communist Party’s mouthpiece the People’s Daily warned against the arbitrary implementation of virus measures.

“This will inevitably provoke resentment and opposition from the people,” it said.

Beijing city officials also noted recently the existence of “certain problems” of abusive procedures and promised to do better.

Nearly one million returnees have had to undergo 14-day quarantine in the capital.

In collaboration with hundreds of municipalities, tech giants Alibaba and Tencent have launched mobile apps that use metadata to determine if the user should be isolated.

If a QR code shows up green, no problem. Yellow or red means the user is off to quarantine.  – Rappler.com