Mar 7, 2020 3:27 PM PHT
Agence France-Presse
Facebook Twitter Copy URL
Copied
The apartment complex in Daegu is placed under lockdown after 46 residents were confirmed to have the virus 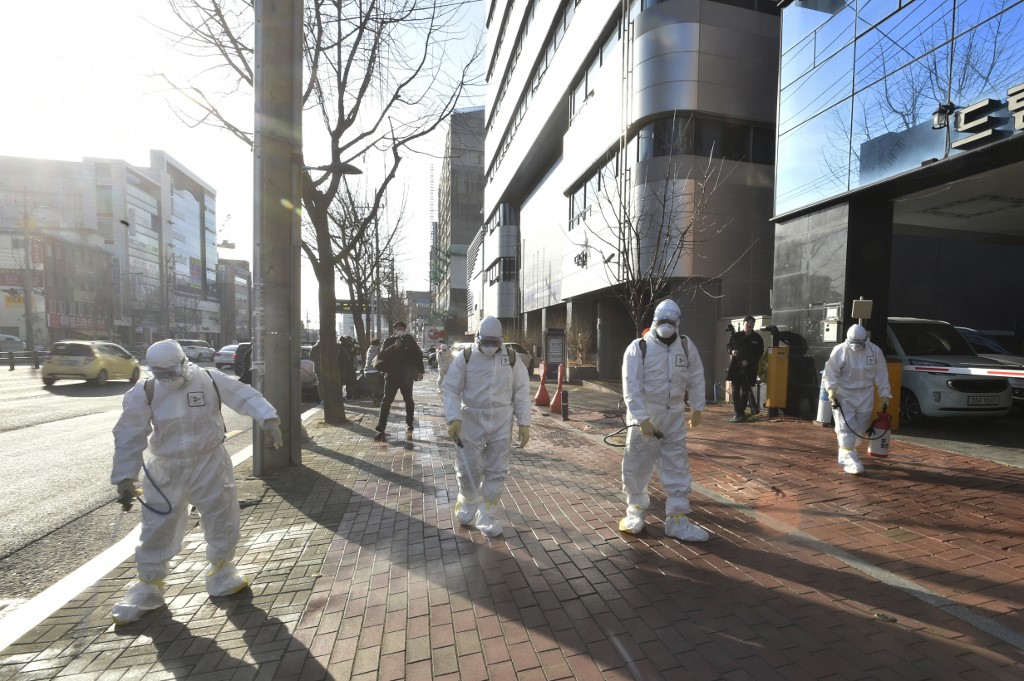 SEOUL, South Korea – Two South Korean apartment buildings heavily occupied by members of a sect linked to most of the country’s coronavirus cases have been quarantined after dozens of residents tested positive for the disease, an official said Saturday, March 7.

The move comes as the country, which has the highest number of confirmed COVID-19 cases in the world outside China, reported 448 new infections, taking its total to 7,041. (READ: South Korea wages ‘all-out responses’ to virus with 586 new cases)

Another two deaths were reported by the Korea Centers for Disease Control and Prevention, bringing the toll to 44.

The apartment complex in Daegu – the country’s fourth-largest city and epicenter of its outbreak – was placed under lockdown after 46 residents were confirmed to have the virus, mayor Kwon Young-jin said.

More than 140 people live in the two buildings, including 94 members of the Shincheonji Church of Jesus, which is often accused of being a cult and is linked to most of South Korea’s infections.

It is the first residential community to be isolated over the outbreak, Kwon said.

The property is owned by the city government and only single women aged 35 or under can apply to live there.

Over 5,000 cases have now been confirmed in Daegu – where the outbreak among Shincheonji members began with a 61-year-old woman, who developed symptoms on February 10 and attended at least 4 worship services in the city.

Authorities are carrying out checks on more than 260,000 people associated with the religious group.

Kwon urged followers to come forward and be tested after more than 30% of the 709 members checked on Friday, March 6, returned positive results.

The members’ cooperation is crucial to “prevent further infections in our community,” Kwon said. – Rappler.com