Mar 8, 2020 6:01 PM PHT
Agence France-Presse
Facebook Twitter Copy URL
Copied
'Despite the smaller rise in COVID-19 cases, we are not at a point where we can say the situation has improved,' says the country's health minister 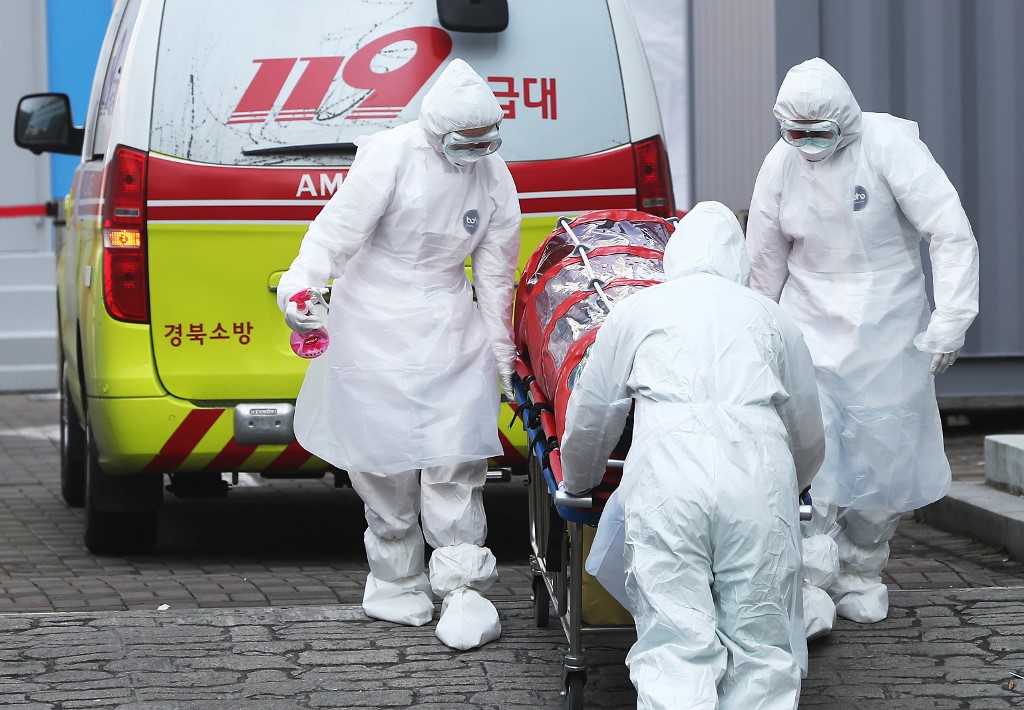 SEOUL, South Korea – Hundreds of churches across South Korea closed their doors on Sunday, March 8, and held online services as the country reported its lowest number of new coronavirus cases in more than a week.

South Korea – which has the highest number of confirmed COVID-19 cases outside China with 7,313 – added 272 new cases Sunday, far below daily increases of around 500 recently.

Two more people died, bringing the death toll to 50, according to the Korea Centers for Disease Control and Prevention.

“Despite the smaller rise in COVID-19 cases, we are not at a point where we can say the situation has improved,” said health minister Park Neung-hoo.

Yoido Full Gospel Church – the largest Protestant Church in South Korea with around 560,000 registered members – was among hundreds of churches that held online services on Sunday.

“Although it is the rule to come to church for service, this is an emergency situation,” said elder Kim Doo-young.

“Even though they are attending the service from home, we have asked members to dress and worship in the same manner as they would at Church,” Kim told Agence France-Presse.

Most of the country’s infections are linked to the Shincheonji Church of Jesus, a religious sect often condemned as a cult.

One of its members attended at least 4 services before being diagnosed.

Scores of events – from K-pop concerts to sports matches – have been cancelled or postponed over the contagion, with school and kindergarten breaks extended by 3 weeks nationwide. – Rappler.com