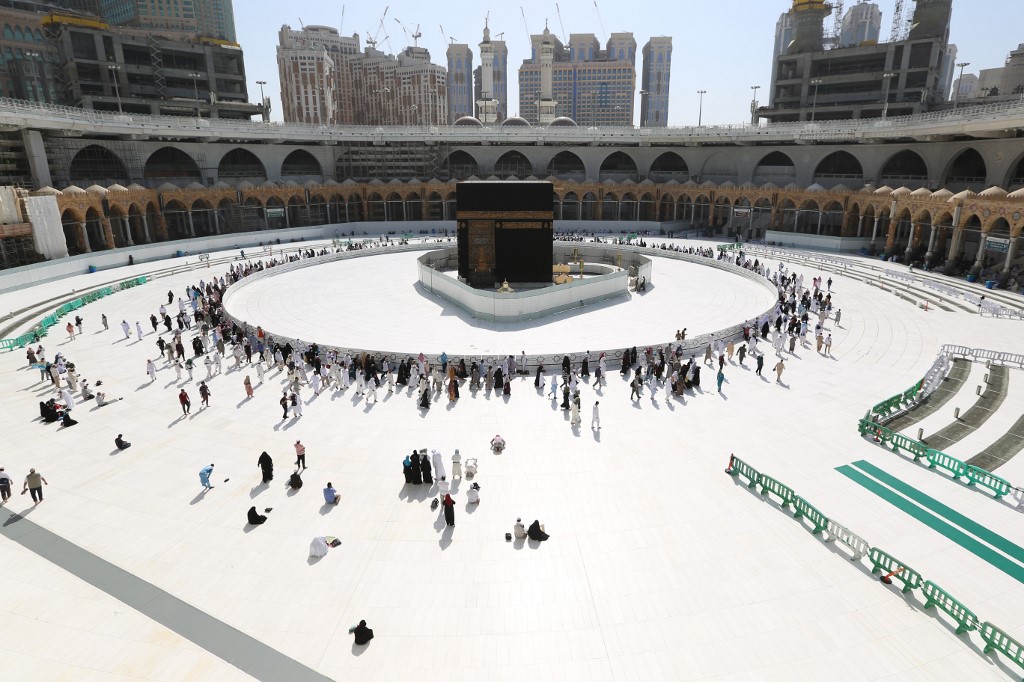 RIYADH, Saudi Arabia – Saudi Arabia on Sunday, March 8, cordoned off an oil-rich Shiite stronghold, suspended air and sea travel to 9 countries, and closed schools and universities, in a series of measures to contain the fast-spreading coronavirus.

The lockdown on Qatif, an eastern area that is home to around 500,000 people, is the first action of its kind across the Gulf region, which has confirmed more than 230 coronavirus cases – most of them people returning from religious pilgrimages to Shiite-majority Iran.

Given the kingdom’s 11 recorded cases of the new coronavirus are from Qatif, “it has been decided to temporarily suspend entry and exit” from the area, the interior ministry said in a statement carried by the official Saudi Press Agency (SPA).

Except for essential services such as pharmacies and gas stations, work will stop in all government and private institutions in Qatif, the statement added.

Although the ministry said the lockdown was temporary, it risks fueling resentment in the flashpoint region whose residents have long accused the Sunni-dominated government of discrimination, a charge Riyadh denies.

The government also decided to temporarily suspend “the travel of citizens and residents to the UAE, Kuwait, Bahrain, Lebanon, Syria, South Korea, Egypt, Italy, and Iraq, as well as suspend the entry of those coming from those countries,” SPA reported. (READ: Saudi Arabia bans Filipino tourists over coronavirus outbreak)

“The kingdom also decided to stop air and sea travel between the kingdom and the mentioned countries,” it added.

The decision is expected to leave expat workers from those countries as well as Saudi travelers stranded.

Saudi Arabia also announced it was closing all public and private universities and schools across the country from Monday, March 9, until further notice, SPA reported.

Saudi Arabia has blamed arch-rival Iran for its spike in coronavirus cases, while condemning Tehran for allowing its citizens entry without stamping their passports.

The Saudi government has reminded its nationals of a standing ban on travel to Iran, as the two countries are locked in a battle for regional supremacy.

Iran is home to key shrines and pilgrimage sites for Shiites, who make up between 10-15% of Saudi Arabia’s population of 32 million.

The kingdom has also suspended the “umrah” year-round pilgrimage over fears of the disease spreading to the holy cities of Mecca and Medina in the west.

The unprecedented suspension of the umrah has raised uncertainty over the annual hajj pilgrimage, scheduled for the end of July.

The pilgrimages, a major source of revenue, could also be a source of contagion and the move mirrors a precautionary approach across the Gulf to cancel mass gatherings – from concerts to sporting events.

Bahrain’s Formula 1 Grand Prix scheduled for March 20-22 will be held without spectators, the organizers said Sunday, the latest sporting event to be affected by measures to contain the disease.