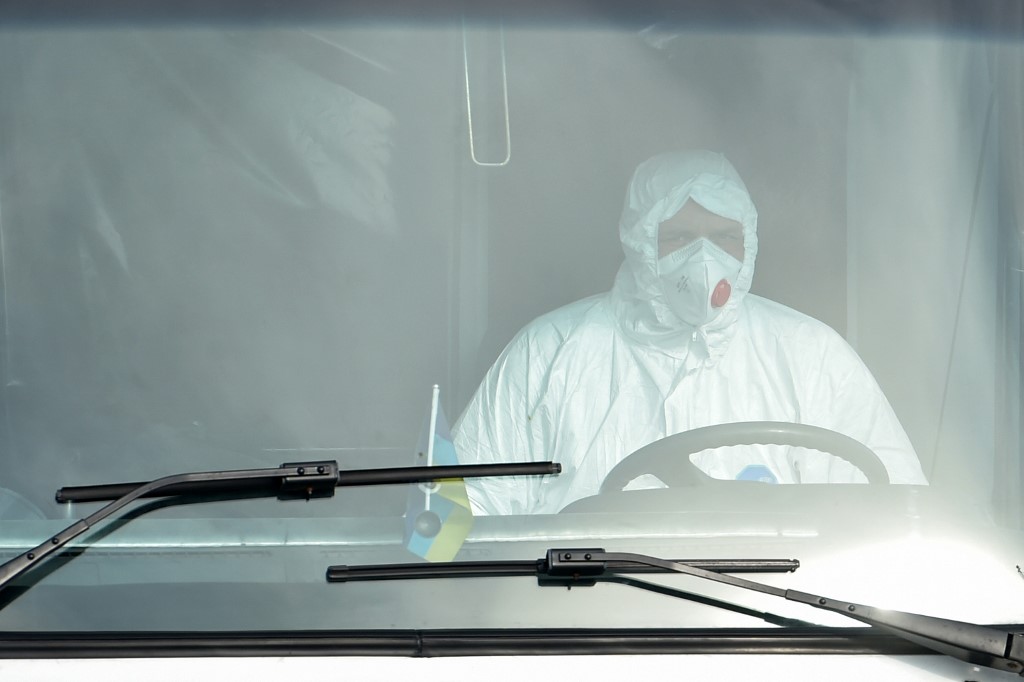 KIEV, Ukraine – Ukraine’s health ministry on Tuesday, March 3, confirmed the country’s first case of the coronavirus in the western city of Chernivtsi.

Deputy health minister Viktor Lyashko told reporters in Kiev that a man exhibiting symptoms of the virus was hospitalized Saturday, February 29, 3 days after returning from holiday in Italy.

Lyashko said the man, whose condition was confirmed late Monday, March 2, is in a stable condition and that his wife is quarantined in their home.

Kiev mayor Vitaliy Klitschko Tuesday announced measures to halt the spread of the virus, saying students would have their temperatures taken at school and public transport would be cleaned with disinfectant.

Dozens of people last month protested outside a medical facility in central Ukraine over the government’s plans to treat 45 nationals and 27 foreigners from coronavirus-hit China there.

Protesters clashed with police and threw stones at returnees over infection fears.

Ukraine’s health minister joined the evacuees in the facility for two weeks in quarantine to calm the panic and aggression.

COVID-19 has spread to more than 70 countries, killing over 3,100 people and causing chaos as governments clamp down on travel and mass gatherings. – Rappler.com