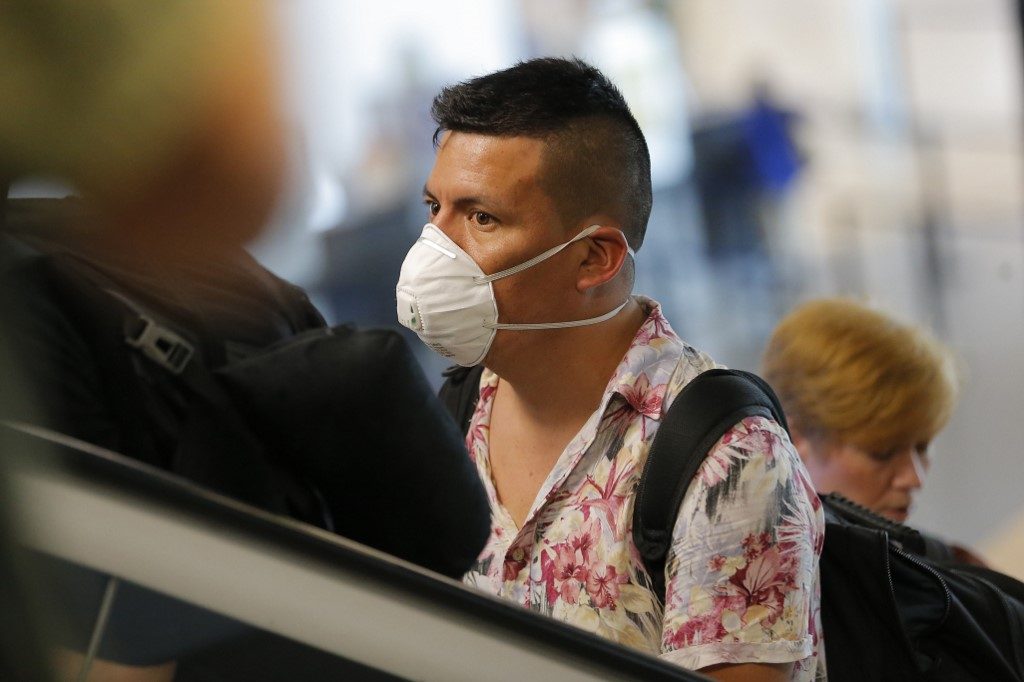 Facebook Twitter Copy URL
Copied
'This is not voluntary.... If you don't comply you'll be committing a crime, which is putting the public health at risk,' President Alberto Fernandez says

BUENOS AIRES, Argentina – Argentina, Colombia and Peru on Wednesday, March 11, announced that travelers from the countries worst-affected by the new coronavirus would be isolated on arrival.

Argentina was the first country in Latin America to register a coronavirus-related death on Saturday, with Panama announcing another on Tuesday.

“This is not voluntary, it’s not a recommendation. If you don’t comply you’ll be committing a crime, which is putting the public health at risk,” President Alberto Fernandez told FM Delta radio station.

“The person who complies with the 14-day quarantine is obliged to shut himself away at home alone.”

Fernandez said Argentina was considering barring travelers from Italy, the worst affected European country and one from which many Argentines are descended and where they still have family.

Argentina has registered 19 coronavirus cases and one death, a 64-year-old man who had arrived in Buenos Aires from France. In Latin America, only Brazil has registered more cases with 34.

The Panamanian victim was also 64 and already suffering from diabetes complications associated with bacterial pneumonia.

Colombia has seen only 3 cases so far but also announced measures against travelers arriving from certain countries.

“Given the implications of the quarantine by China, Italy, Spain, and France, the national government is adopting the preventive isolation of people coming from those countries to protect the collective health,” President Ivan Duque said on Twitter.

Peru followed suit by declaring a two-week “home isolation” for people coming from those same 4 countries, while also announcing the start of the new school year would be pushed back two weeks from March 16 to March 30.

Announcing the news on television, President Martin Vizcarra, who was flanked by 4 ministers, said the Andean country had recorded 13 cases of the virus.

Colombia’s first infection was detected in a 19-year-old woman who arrived in Bogota on Friday from Milan.

Two more cases were confirmed on Monday – in a 34-year-old man and a 50-year-old woman, both of whom had been in Spain.

On Tuesday, Chile was the first Latin American country to announce a quarantine on arrivals from Spain and Italy, who will be placed under the surveillance of health authorities.

With 17 cases, Chile’s total is surpassed regionally only by Argentina and Brazil.

In total there have been around 140 cases in Latin America.

Worldwide, almost 120,000 coronavirus cases have been recorded in 110 countries and territories, killing more than 4,300 people.

China, where the virus originated, has been the worst affected country with more than 80,000 cases and over 3,100 deaths, although it says more than 60,000 people have been cured.