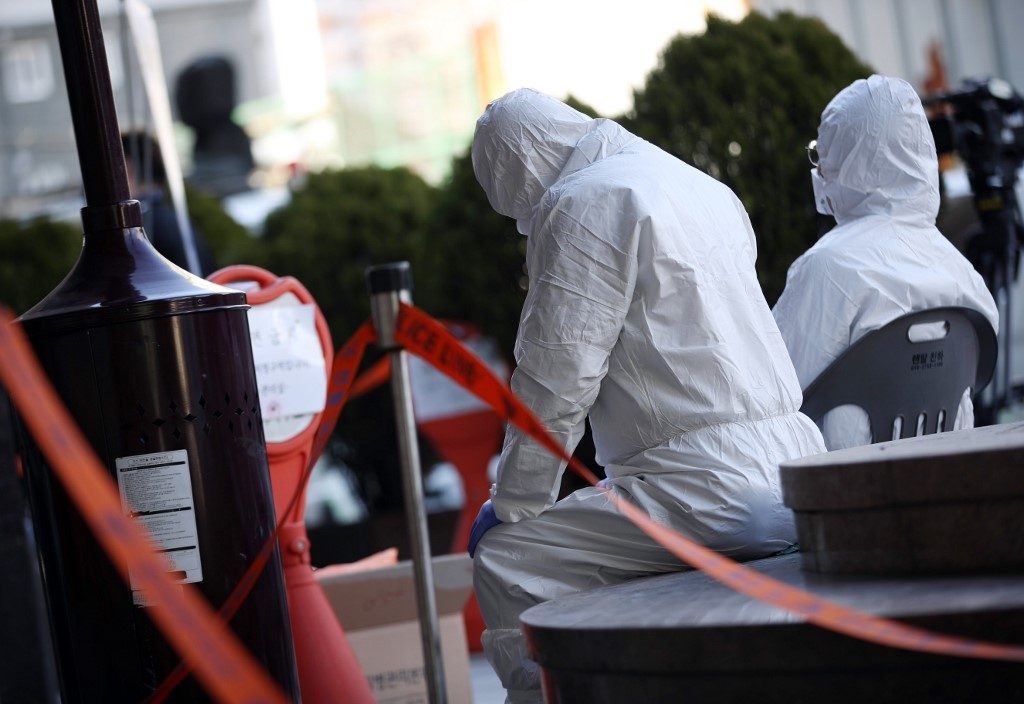 SEOUL, South Korea – South Korea reported fewer than 120 new coronavirus cases on Thursday,  March 12, but authorities warned that a new cluster in Seoul could see the infection spread in the capital.

Around 100 people linked to a call center in the city have tested positive for the virus in recent days.

“This could lead to a ‘super spread’ in the metropolitan area, where half of the entire population are concentrated,” Prime Minister Chung Sye-kyun told a meeting on Thursday.

So far, nearly 90% of South Korea’s cases have been in the southern city of Daegu and the neighboring North Gyeongsang province.

South Korea was the first country to report significant coronavirus numbers outside China, where the disease first emerged, and remains one of the world’s worst-affected countries despite being overtaken by both Italy and Iran in declared cases. (READ: WHO labels coronavirus a ‘pandemic’ as Europe scrambles to contain it)

A total of 114 infections were confirmed Wednesday, the Korea Centers for Disease Control and Prevention (KCDC) said, taking the South’s total to 7,869.

Six more people died, it added, with the toll rising to 66.

Each morning, South Korea announces how many cases were diagnosed the previous day, and Wednesday’s figure is well below the 500-600 increases the country was confirming in early March.

More than 60% of the country’s infections are linked to the Shincheonji Church of Jesus, a religious sect often condemned as a cult, one of whose members attended at least 4 services in Daegu before being diagnosed.

Scores of events – from K-pop concerts to sports matches – have been canceled or postponed over the contagion, with school and kindergarten breaks extended by 3 weeks nationwide. – Rappler.com