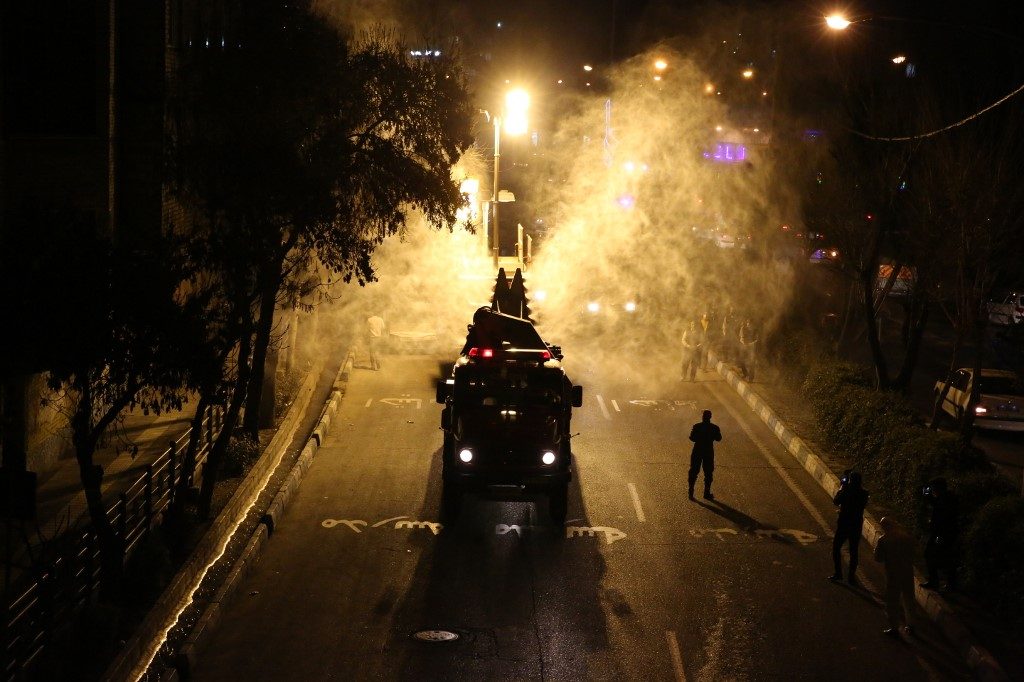 TEHRAN, Iran – Iran announced Thursday, March 12, that another 75 people had died of the new coronavirus, bringing the overall number of deaths to 429 out of more than 10,000 infections.

It is the highest single-day death toll in the 3 weeks since the Islamic republic announced its first deaths from the outbreak last month.

“In the past 24 hours, 1,075 people have been infected with COVID-19…bringing the total number of infected people to 10,075 cases,” health ministry spokesman Kianoush Jahanpour said at a televised news conference.

“Seventy-five people hospitalized in the past few days have lost their lives and today a total of 429 infected people are no longer with us,” he added.

The outbreak of the novel coronavirus in Iran is one of the deadliest outside China, where the disease originated.

Iran announced its first deaths, in the Shiite holy city of Qom, on February 19.

It is yet to officially impose quarantines but authorities have repeatedly called on people to refrain from traveling.

They have closed schools and universities and resorted to shutting hotels and other tourist accommodation to discourage travel.

Ahead of Nowrouz, the Iranian New Year holidays that start this year on March 20, authorities in several provinces have issued orders to close hotels and other tourist accommodation.

But on Thursday, health ministry’s spokesman Jahanpour said: “Rumors of quarantine of cities and closure of petrol stations are false.”

The office of Iran’s supreme leader Ayatollah Ali Khamenei announced Monday, March 9, that he has cancelled his annual Nowrouz speech because of virus and will not travel to Mashhad, his birthplace.

On Wednesday, March 11, the World Health Organization said Iran was “doing its best” to combat the virus as it called for the country to be given more support.

“We are trying to mobilize more support for Iran,” WHO chief Tedros Adhanom Ghebreyesus told reporters in Geneva, adding that the country needed more supplies.

Iran said Thursday that it has sought immediate financial assistance from the International Monetary Fund to help it combat the COVID-19 outbreak, in what would be its first such loan in decades. – Rappler.com