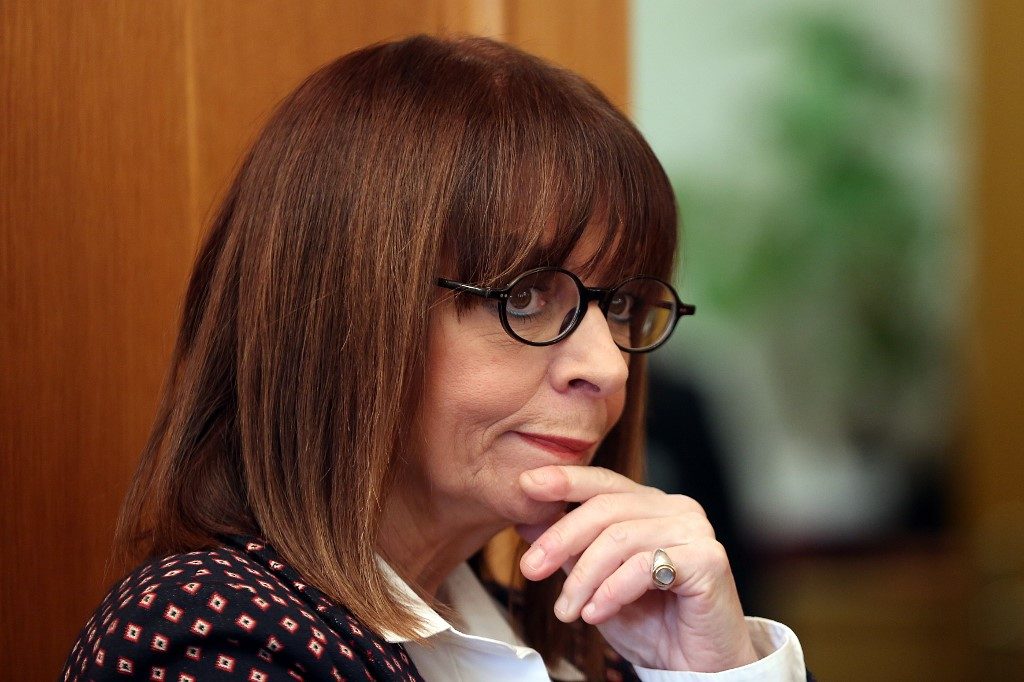 ATHENS, Greece – Greece on Friday, March 13, swore in the first woman president in its history as the country grapples with over 100 coronavirus cases.

She took a religious oath in parliament before Archbishop Ieronymos, head of the Orthodox Church of Greece.

And she was to place a wreath at the Tomb of the Unknown Soldier – Greece’s foremost military monument – before heading to the presidential mansion for a handover ceremony with outgoing president Prokopis Pavlopoulos, parliament said.

Known as low-key and living in a working-class district of Athens, Sakellaropoulou has made it known she prefers to be called Katerina, instead of the more formal Ekaterini.

The ceremony in parliament was drastically scaled back as a result of the virus outbreak, with around 150 guests present instead of a planned 1,000 – and no handshakes.

Nominated by Prime Minister Kyriakos Mitsotakis, Sakellaropoulou was elected by parliament in January by 261 out of 300 lawmakers, one of the broadest cross-party majorities in Greek history.

The petite, bespectacled former judge has set out her priorities as tackling the economic crisis, climate change and mass migration.

The new president was until now the head of Greece’s top administrative court, the Council of State.

The daughter of a Supreme Court judge, Sakellaropoulou completed postgraduate studies at the Sorbonne university in Paris.

She was the first woman to lead the Council of State.

Although the president is nominally the head of the Greek state and commander-in-chief, the post is largely ceremonial.

Greek presidents confirm governments and laws and technically have the power to declare war – but only in conjunction with the government.

Greece has so far announced 117 cases of coronavirus, one of whom died on Thursday, March 12, after 10 days in hospital.

Three people are in intensive care and the government has shut down schools and universities, courts, cinemas, gyms and other indoor public gathering areas for two weeks in an effort to curb the outbreak. – Rappler.com