Trump emergency frees up to $50 billion in funds for coronavirus 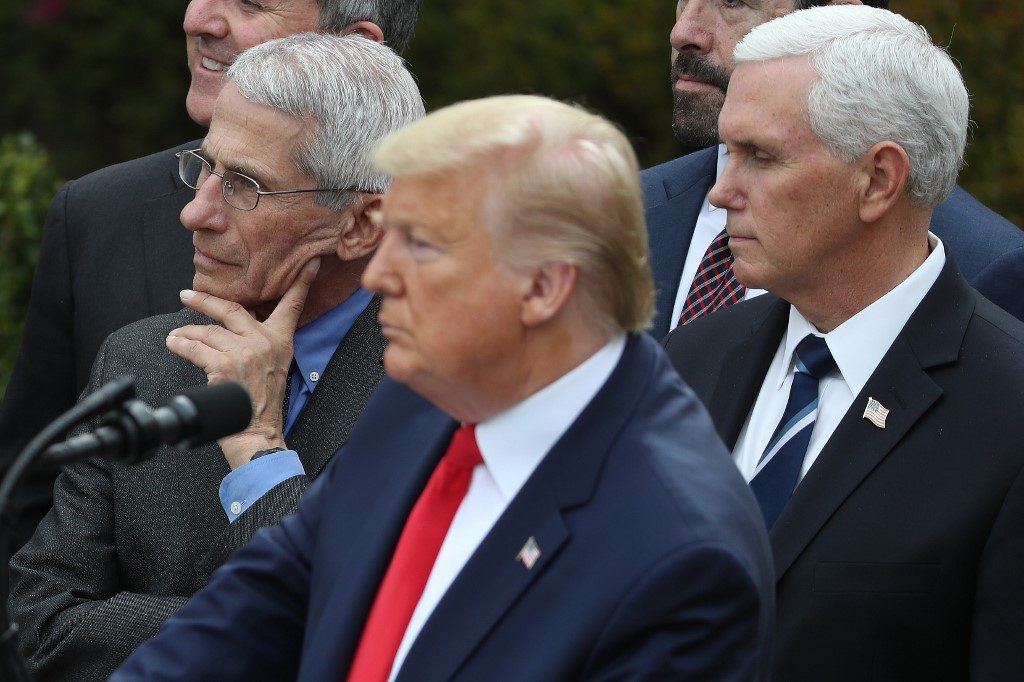 WASHINGTON, DC, USA – President Donald Trump’s declaration on Friday, March 13, that the coronavirus outbreak is a “national emergency” allows billions of federal dollars and resources to be funneled to hard-hit US states.

In declaring that the coronavirus outbreak in the United States constitutes a national emergency, Trump invoked the Stafford Act.

The Stafford Act was passed by Congress in 1988 to provide federal assistance to state and local governments in order to “save lives and to protect property and public health and safety.”

The Stafford Act can also be called upon to provide federal aid to states and local governments to help them respond to “major disasters” such as hurricanes, earthquakes, landslides, flooding, tsunamis or fires.

“Only the Federal Government can provide the necessary coordination to address a pandemic of this national size and scope caused by a pathogen introduced into our country,” Trump said in a letter to department chiefs informing them that he was invoking the Stafford Act.

In a proclamation, Trump also cited sections of the National Emergencies Act (NEA) to expand the authority of the Secretary of Health and Human Services to deal with the crisis.

The Stafford Act gives the Federal Emergency Management Agency (FEMA), part of the Department of Homeland Security, the authority to tap into a disaster relief fund.

The FEMA fund had $42.6 billion at the end of February but Trump said at a press conference that “up to $50 billion” would be made available.

In a letter to the president on Wednesday, 36 Democratic senators urged him to draw on the fund to deal with the coronavirus outbreak which has caused over 2,000 infections and 47 deaths in the United States.

“State and local officials are working hard to mitigate the outbreak and protect Americans and ongoing federal resources are badly needed to support those efforts,” they said.

The funds can be used for a variety of purposes including testing, diagnosis, treatment and monitoring, medical equipment and temporary shelter such as tents or portable buildings.

The federal authorities would assume 75 percent of the cost while the states contribute the remaining 25 percent.

President Bill Clinton issued a declaration of emergency under the Stafford Act in 2000 to assist the states of New York and New Jersey in fighting an outbreak of West Nile virus.

President Barack Obama invoked the National Emergencies Act to respond to an outbreak of H1N1 swine flu in 2009 and president George W. Bush invoked it after 9/11.

Trump invoked the NEA in February of last year to obtain funding refused by Congress for his US-Mexico border wall.

Trump has used the Stafford Act previously to deal with devastating wildfires in California and flooding in the Midwest.

Trump later threatened to cut off FEMA funding for California unless the state’s forest management authorities “get their act together,” a threat which was widely condemned and one that was never carried out.

The Department of Health and Human Services declared a public health emergency on January 31 which allowed the federal government to take measures to stem the outbreak.

The move allowed Trump to impose a ban on visitors from China, Iran and mainland Europe and to place persons suspected of having contracted the coronavirus in quarantine.

Trump said Friday that he was considering extending the travel ban to visitors from Britain.

The governors of 33 of the 50 American states have already declared states of emergency because of coronavirus, giving them the power to take such steps as closing schools or banning public gatherings. – Rappler.com