Texas execution stayed due to coronavirus 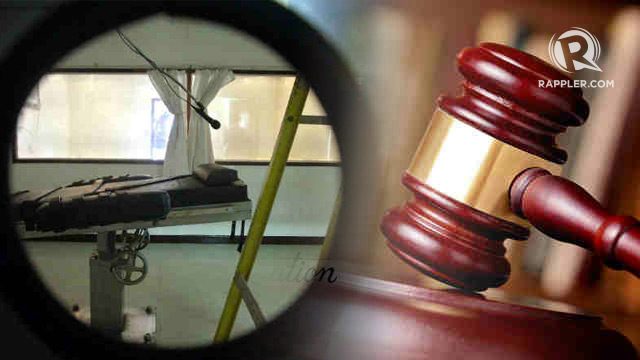 Facebook Twitter Copy URL
Copied
Like every execution, Hummel's would involve many people – prison guards, lawyers, witnesses, his family, and that of the victims – to be present

WASHINGTON, USA – A US court has ordered a 60-day stay of an execution scheduled for Wednesday, March 17, in Texas because of the novel coronavirus.

A Texas court rejected John Hummel’s appeals arguments on Monday, but in the end still granted him relief.

“We have also determined that the execution should be stayed in light of the current health crisis and the enormous resources needed to address the execution,” the ruling said.

Hummel, 44, was sentenced to the death penalty for the 2009 killings of his pregnant wife, their five-year-old daughter, and his father-in-law.

He was scheduled to receive a lethal injection at a prison in Huntsville, Texas.

Like every execution, Hummel’s would involve many people – prison guards, lawyers, witnesses, his family, and that of the victims – to be present, at a time when health authorities have warned against large gatherings in order to stop the spread of the novel coronavirus.

There are still other executions scheduled throughout the country, including another in Texas on March 25.

Lawyers in those cases will also likely appeal on the grounds of preventing the spread of COVID-19, the illness caused by the new coronavirus.

The United States, where several states and cities are currently undertaking intense isolation measures, registered its 100th death from the novel coronavirus Tuesday, out of at least 6,300 confirmed cases. – Rappler.com