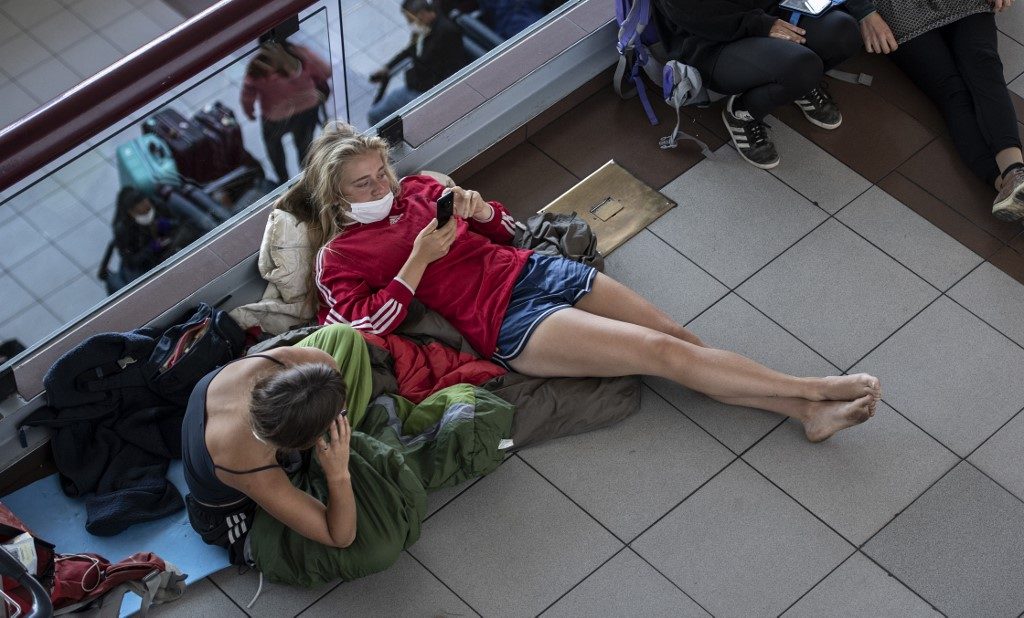 In Brazil a minister in President Jair Bolsonaro’s government tested positive for the virus, while 5 Venezuelan inmates died in a prison break-out after family visits were banned.

A 61-year-old Italian tourist was the first person to die in Cuba of the COVID-19 disease, the health ministry said.

The Italian arrived in Cuba on March 9. Unlike many Latin American countries, Cuba – which relies on tourism revenue – has not closed its borders, nor does it have quarantine obligations even for people arriving from the worst affected countries.

Earlier on Wednesday, Cuba allowed a British cruise ship carrying 5 infected people and more than 50 others showing flu-like symptoms to dock on the island.

It had been turned away by both the Bahamas and Barbados.

The more than 1,000 passengers and crew aboard were being repatriated to Britain on Wednesday evening.

“We are very grateful to the Cuban government for swiftly enabling this operation,” said British Foreign Minister Dominic Raab.

In Santiago, Pinera said he’d declared a “constitutional state of exception for a catastrophe” for 90 days in Chile.

He said it would help protect hospitals and health centers, ease transport of patients, medical personnel and medical supplies, and aid implementation of quarantines and food distribution.

“The armed forces will be able to act as true health forces, collaborating with all the officials in our health system,” said Pinera.

The measure also allows Pinera to restrict freedom of movement.

Chile and Brazil are the only countries in Latin America to have more than 200 recorded cases of coronavirus so far. There are more than 1,200 cases in the region.

The total number of deaths rose to 14, with Costa Rica registering its first death late Wednesday.

Peru, Panama, and Bolivia began nighttime curfews on Wednesday, with police and troops patroling the streets.

In Peru, the government has also barred private vehicles from the roads from Thursday.

Brazil’s National Security Minister Augusto Heleno is the latest official to be diagnosed with COVID-19 following a presidential trip to the United States during which they met President Donald Trump.

Sixteen people who accompanied Bolsonaro have now tested positive for the virus, although the president himself tested negative.

Brazil – the biggest country in Latin America, with 210 million people – has confirmed 291 coronavirus cases. It reported its first death from the virus Tuesday.

In Venezuela, 80 inmates escaped from a prison in the northwestern Zulia state, governor Omar Prieto said.

Five inmates were killed during the break-out, which came after Venezuela suspended family visits due to the virus.

“They eat because their families bring them food, there’s no state feeding program,” Carlos Nieto Palma, a lawyer for the Ventana a la Libertad NGO, told AFP.

Brazil’s Sao Paulo stock exchange was suspended for the sixth time in 8 sessions after it plummeted more than 10%.

Latin America’s largest exchange dropped to its lowest level since 2017 despite economic stimulus measures announced in Brazil, Europe, and the United States.

Colombia announced a $15 billion economic package including loans, subsidies for the poor, and guaranteed access to medical resources.

The announcement came after Colombia declared a state of emergency on Tuesday and confined people aged over 70 to their homes. – Rappler.com