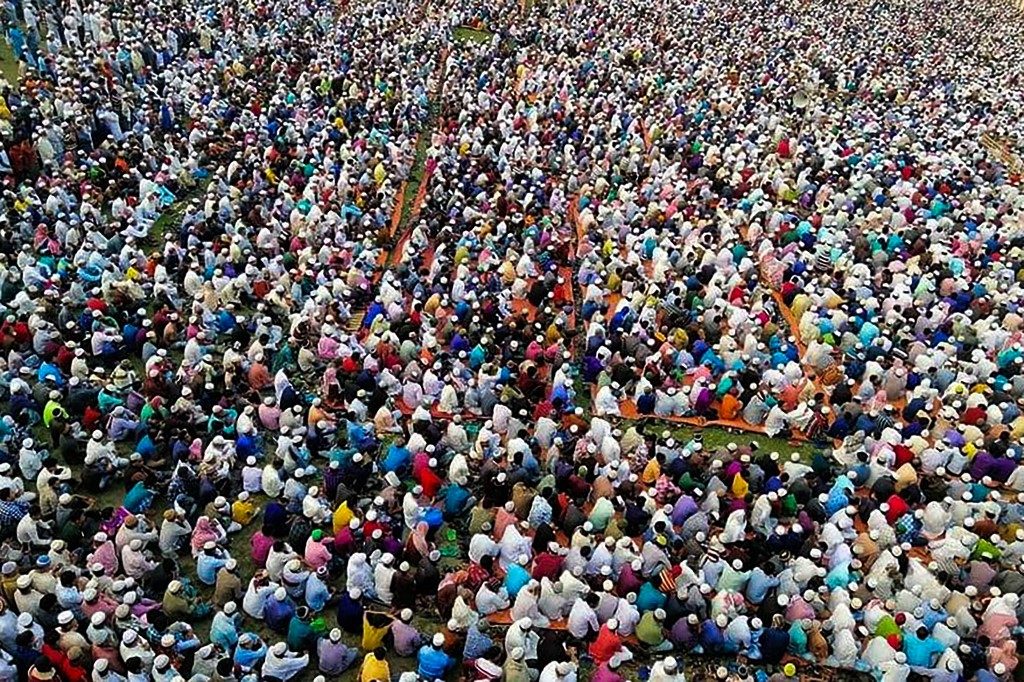 DHAKA, Bangladesh – A massive coronavirus prayer session with tens of thousands of devotees sparked an outcry in Bangladesh Wednesday, March 18, as the South Asian nation reported its first death from the global pandemic.

Local police chief Tota Miah said some 10,000 Muslims gathered in an open field in Raipur town in southern Bangladesh to pray “healing verses” from the Koran to rid the country of the deadly virus.

“They held the Khatme Shifa prayers after dawn to free the country from the coronavirus,” Miah told AFP.

He said organizers did not get permission from authorities to hold the session.

Photos of the gathering were widely shared on social media, with commenters slamming the massive rally.

Authorities have already shut schools and asked locals to avoid large gatherings in an effort to halt the spread of the disease.

“Unbelievable how they even have done it without notifying the police? They will be held responsible if anything happens to the people in the region,” Abdur Rahman wrote on Facebook.

Despite the appeal from authorities to avoid crowded public areas, many took the opportunity to head to tourism sites.

Police said they had to close two beaches, including one at Cox’s Bazar, the main resort district of the country, and which is home to nearly one million Rohingya refugees from Myanmar.

A senior leader from the ruling Awami League, Obaidul Quader, said a lockdown might be required to contain the virus.

“If necessary, Bangladesh will be shut down. It’ll be enforced where necessary. People must be saved first. We’ll do everything for that,” he told reporters.

The number of positive cases in the country of 168 million people stands at 14, although some medical experts fear not enough tests were being conducted. – Rappler.com