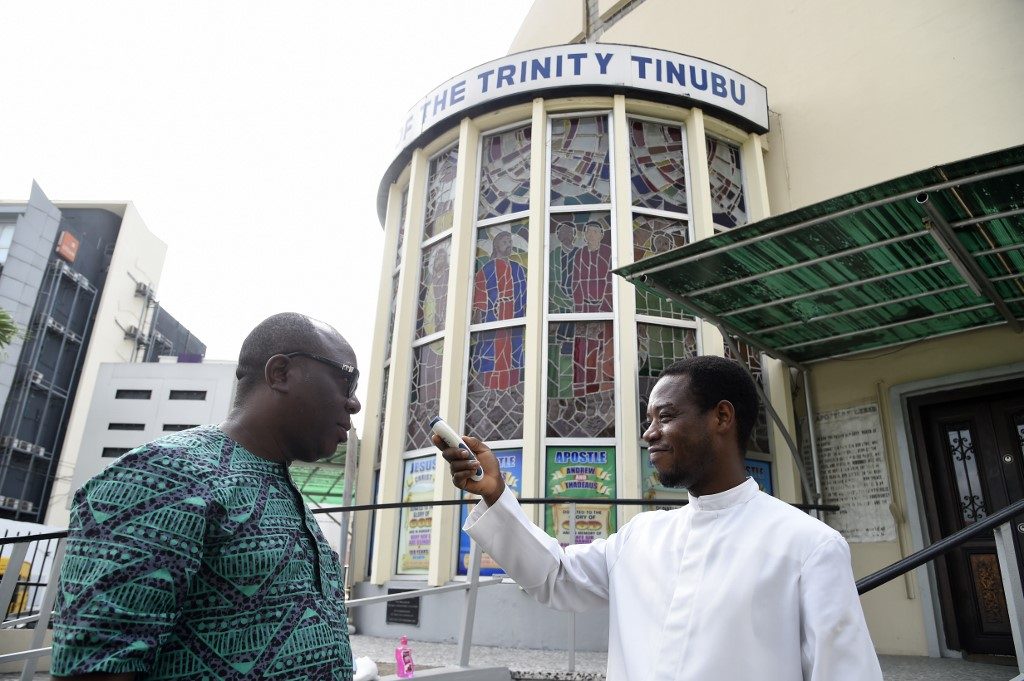 Facebook Twitter Copy URL
Copied
The confirmed number of infections in Nigeria has now risen to 36, with cases registered in largest city Lagos, the capital Abuja, and 4 other states

“The 1st COVID-19 death in Nigeria has been recorded,” the Nigeria Centre for Disease Control wrote on Twitter.

“The case was a 67-year-old male who returned home following medical treatment in UK. He had underlying medical conditions – multiple myeloma & diabetes & was undergoing chemotherapy.”

The agency said the confirmed number of infections in Nigeria had now risen to 36, with cases registered in largest city Lagos, the capital Abuja, and 4 other states.

Africa has so far registered lower numbers than the rest of the globe with around 1,500 confirmed cases and 50 deaths – but testing has been patchy.

Nigeria has closed down all international flights for a month and shut schools and restricted gatherings in a string of regions in a bid to curb the spread of the virus.

The country of 190 million people is seen as highly vulnerable to the spread of infectious diseases given its weak health care system and high population density. – Rappler.com