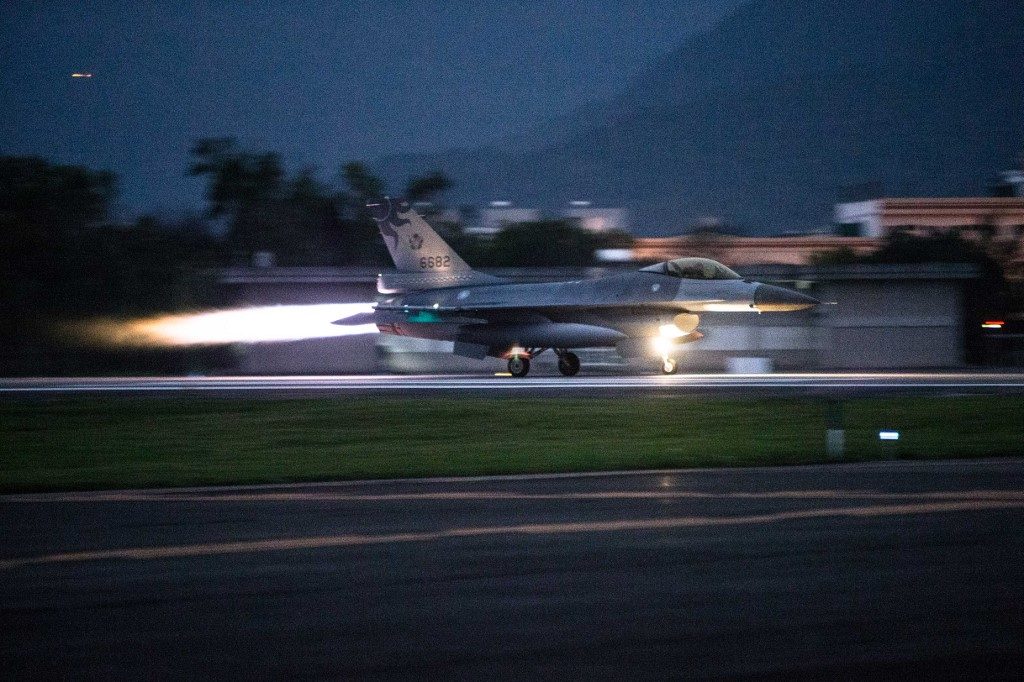 TAIPEI, Taiwan – Anger is rising in Taiwan over China continuing to buzz the island with fighter jets and warships even as they both fight the global coronavirus pandemic.

The self-ruled democratic island has had to scramble its own fighter jets in response to recent Chinese maneuvers, designed to show that Beijing’s military might remains unbowed by the health crisis.

But the tactic is winning few friends among the Taiwanese.

“As the world grapples with the severity of the COVID19 pandemic, China’s military maneuvers around Taiwan have continued unabated,” President Tsai Ing-wen said in a tweet late Tuesday, March 24, accompanied by pictures of her visiting troops.

“Whether it’s national defense or preventing the spread of disease, our armed forces remain as vigilant as ever,” she added.

Beijing has ramped up drills around the island since Tsai was first elected in 2016 because she refuses to acknowledge its concept that Taiwan is part of “one China.”

There has been little let up during the devastating coronavirus outbreak that began in China. (READ: Taiwan accuses mainland Chinese trolls of sowing virus panic)

Taipei’s defense ministry said 4 “targeted” drills have been conducted by China near its borders this year, which it said was “concrete evidence of provocations and threats”.

Taiwan ran an exercise with its own F16 fighter jets on Tuesday in response.

“China continues the drills to show to the world, as well as to assure its people, that it has maintained military strength and defense abilities in the midst of an epidemic,” Lin Ying-yu, a military analyst at National Chung Cheng University, told AFP.

The incursions have sparked anger on Taiwanese social media with some even calling for Chinese jets to be shot down.

“I firmly support to government to contain the outbreak of the China/Wuhan pneumonia and resist the harassment of the communists’ military,” read one message left on Tsai’s Facebook page.

A Chinese military jet briefly crossed the median line separating the two sides in February, less than a month after Tsai was re-elected in a landslide.

The coronavirus has killed more than 3,000 people in China. But despite its close proximity, Taiwan has just 235 cases and two deaths.

The island has been held up as a model for how to respond to the pandemic, even though Beijing ensures it is frozen out of global bodies such as the World Health Organization.

“Taiwan is recognized internationally for its epidemic prevention that shows democratic Taiwan is beating authoritarian China and this is unacceptable for China,” said Wang Ting-yu, a lawmaker in Tsai’s ruling party.

China has lashed out at Taiwan for “using the outbreak to promote independence” because Taipei has signed bilateral agreements with countries, including the US, on epidemic prevention and also sought to join the WHO.

Beijing still claims the self-ruling island as part of its territory awaiting reunification, by force if necessary, even though the two sides have been ruled separately for more than 7 decades. – Rappler.com