Pandemic deaths could top 1.8 million even with tough response – study 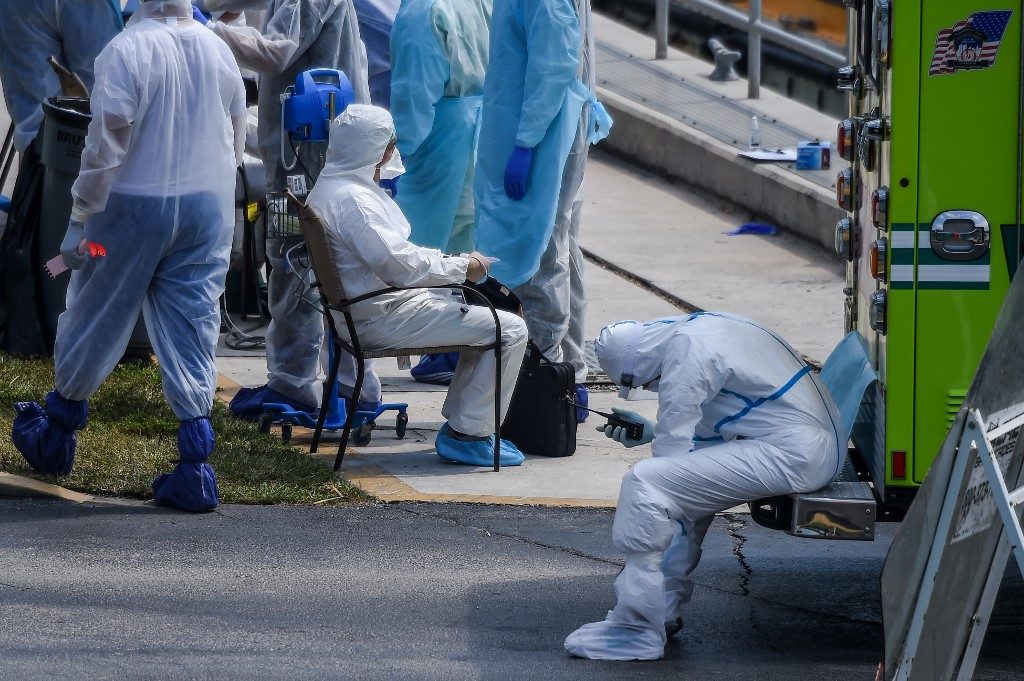 PARIS, France – The death toll from the coronavirus pandemic sweeping the globe could hit 1.8 million worldwide this year even with swift and stringent measures to stop it, according to a study from Britain’s Imperial College published Thursday, March 26.

Researchers estimate that tens of millions of lives could be saved if governments act fast to adopt strict public health measures, including testing, quarantining, and broad physical distancing.

The latest report from Imperial College London, whose previous research spurred the British government to ramp up its efforts to curb the virus, comes as an AFP toll based on country data and World Health Organization figures showed global infections topping 500,000, including more than 22,000 deaths. (READ: Coronavirus pandemic puts WHO back in hot seat)

The Imperial College modelling simulations are based on current data about the severity of the virus – its contagiousness and estimated mortality rate – as well as demographic and societal factors.

In a sobering projection of what could have happened with no interventions at all, the study said that if left unchecked COVID-19 could have infected almost everyone on the planet this year and killed 40 million people. (READ: Italy’s dead overwhelm morgues as virus toll tops 8,000)

The report then looks at different levels of response, from spontaneous physical distancing to the tough lockdown measures currently imposed in some worst-affected countries, and projects the potential health impacts across 202 countries.

With strict containment measures imposed early enough – resulting in a rate of deaths of 0.2 per 100,000 of population per week – the modeling shows a death toll of 1.86 million people, with nearly 470 million infected this year.

If the same measures were taken later – leading to 1.6 deaths per 100,000 of population per week – the estimated toll rises sharply to 10.45 million deaths and 2.4 billion people infected.

“Our analysis highlights the challenging decisions faced by all governments in the coming weeks and months, but demonstrates the extent to which rapid, decisive, and collective action now could save millions of lives,” the authors said.

Estimates of mortality levels and health care demand were based on data from China and high-income countries, the report said, adding that variances in health systems could result in different patterns in low income countries.

They stressed that the modeling mapped out “possible trajectories” for the pandemic and containment strategies, based on countries that have been affected early in the pandemic.

“However, at the current time, it is not possible to predict with any certainty the exact number of cases for any given country or the precise mortality and disease burden that will result.”

The report does not take into account the social and economic costs of the containment measures, “which will be high and may be disproportionately so in lower income settings.”

It also warned that “suppression strategies will need to be maintained in some manner until vaccines or effective treatments become available to avoid the risk of later epidemics.” – Rappler.com