Fears of domestic violence rise as millions confined over virus 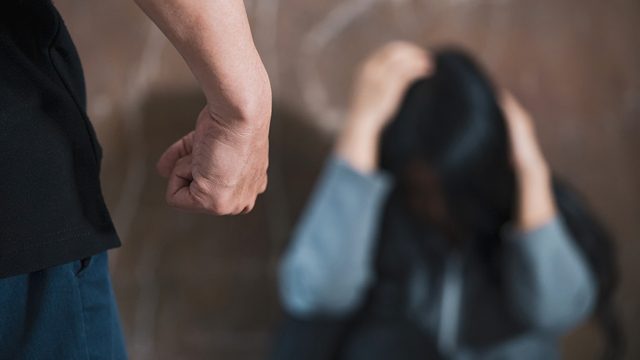 Facebook Twitter Copy URL
Copied
From Berlin to Paris, Madrid, Rome and Bratislava, associations that help victims of domestic violence sound the alarm after Europe overtook China to become the epicenter of the pandemic

BERLIN, Germany – With families across Europe confined to their homes to curb the spread of the novel coronavirus, fears are rising of a surge in domestic violence.

From Berlin to Paris, Madrid, Rome and Bratislava, associations that help victims of domestic violence have sounded the alarm after Europe overtook China to become the epicenter of the pandemic.

“For many people, their home is already not a safe place,” says the German federal association of women’s counselling centres and helplines (BFF).

But the stress caused by social isolation is exacerbating tensions and increasing “the risk of domestic and sexual violence against women and children,” the association warns.

And the risks are not limited to homes where violence was already a problem before.

On top of the stress caused by confinement, fears around job security and financial difficulties are also increasing the likelihood of conflicts.

“It’s putting a lot of pressure on households,” says Florence Claudepierre, head of the FCPE parents’ federation in the Upper Rhine, a region hit hard by the pandemic in France.

She said she is hearing stories of “parents who are cracking, who can’t carry on” in families that have not previously had any problems.

In China, which is slowly emerging from several weeks of total lockdown, the women’s rights organisation Weiping has reported a threefold increase in reports of violence against women.

In Spain, which has the second-worst outbreak in Europe after Italy, a 35-year-old mother of two was murdered by her partner last week.

Elsewhere, help centers have noted a drop in calls for help – which is not necessarily seen as a good sign either.

For children, young people and women who are victims of domestic violence – mental or physical – the current situation means “being constantly available” for abuse by the perpetrator, the German federation stresses.

Decisions to shut down schools, sports clubs and youth centres are important to curb the spread of the virus and prevent hospitals from being overrun, acknowledges Rainer Rettinger, who heads a German child protection association.

But “who is seeing and hearing abused children today?” he asks.

As governments pour billions into their economies and health services, they should “not lose sight of the importance of equality and fundamental human rights,” Beatrice Fresko-Rolfo, the general rapporteur on violence against women for the parliamentary assembly of the Council of Europe, pointed out recently.

Domestic violence associations are facing a double-edged sword: With many social workers having to work from home, they are unable to reach victims; and when people need to be brought to safety, there are often not enough places in the refuges.

“Women have called us and told us they are experiencing violence at home. They are asking: Where can I go?” says Canan Gullu, from Turkey’s federation of women’s organisations.

In Germany, families minister Franziska Giffey has called on municipalities to organise alternative reception facilities if necessary, while neighbouring Austria provides guaranteed places in women’s refuges or the removal of violent family members from quarantined households.

In the countries with the strictest lockdowns, such as Italy, victims are exempt from some of the rules — such as the requirement to carry a document justifying why they are leaving their home — if they need to visit a refuge centre.

“The current situation is unprecedented,” says Adriana Havasova, a psychologist from Bratislava. She hopes the confinement will be limited to two or three weeks.

If it goes on for several months, “I can’t imagine how much more domestic violence could increase,” she warns. – Rappler.com