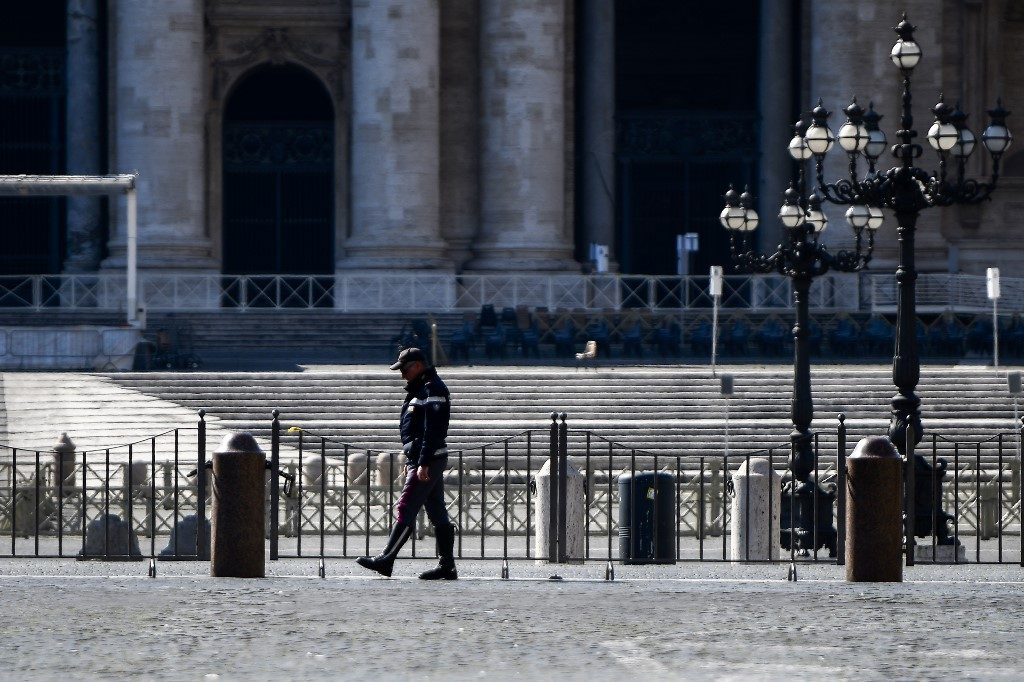 ROME, Italy – The coronavirus toll in Italy shot past 10,000 on Saturday, March 28, and showed little sign of slowing despite a 16-day lockdown.

The 889 new fatalities reported in the world’s worst-hit nation came a day after it registered 969 deaths on Friday — the highest single toll since the COVID-19 virus emerged late last year.

Italy now looks certain to extend its economically debilitating — and emotionally stressful — business closures and the ban on public gatherings past their April 3 deadline.

“Is it time to reopen the country? I think we have to think about it really carefully,” civil protection service chief Angelo Borrelli told reporters.

“The country is at a standstill and we must maintain the least amount of activity possible to ensure the survival of all.”

Italians had begun to hope that their worst disaster in generations was easing after the increase in daily death rates began to slow on March 22.

But the new surge has changed the Mediterranean nation’s mood.

“If one is being reasonable, one cannot envision a quick return to normal life,” Conte said in his latest sombre television address.

Going into debt
The monumental economic toll of fighting the pandemic has triggered a huge row among European leaders about how best to respond.

The southern European nations worst-hit by the virus are urging the EU to go abandon its budget rules.

The bloc has already loosened its purse strings in ways not seen since the 2008-2009 global financial crisis.

But Conte argues that this is not enough.

France is backing a push by Italy and Spain for the EU to start issuing “corona bonds” — a form of common debt that governments sell to raise money to address individual economic needs.

More spendthrift nations such as Germany and the Netherlands are baulking at the idea of joint debt.

Conte said he and German Chancellor Angela Merkel had “not just a disagreement but a hard a frank confrontation” this week about how to proceed.

“If Europe does not rise to this unprecedented challenge, the whole European structure loses its raison d’etre to the people,” Conte told Saturday’s edition of the Il Sole 24 Ore financial newspaper.

‘Critical point in history’
The entire eurozone is expected to slip into a recession over the coming months.

But Italy is facing the threat of a near economic collapse after being the first European country to shutter almost all its businesses on March 12.

Some forecasts suggest that its economy — the third-largest among nations that use the euro common currency — could contract by as much as 7% this year.

Conte warned that EU leaders were in danger of making “tragic mistakes”.

“I represent a country that is suffering a lot and I cannot afford to procrastinate,” Conte said.

The energetic 55-year-old has seen his popularity shoot up thanks to a general sense that he has been doing all he could.

A growing number of medics are warning that Italy’s fatalities could be much higher because retirement homes often do not report all their COVID-19 deaths.

The number of people who have died from the new disease at home is also unknown.

“This is something very different from the 2008 crisis,” Conte warned in the newspaper interview.

“We are at a critical point in European history.” – Rappler.com