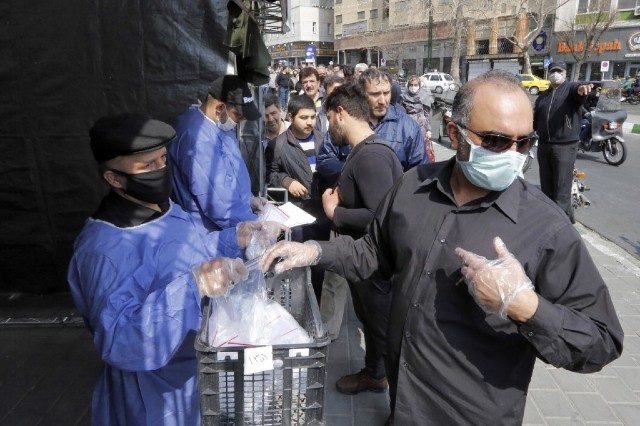 Facebook Twitter Copy URL
Copied
The Islamic republic is one of the countries worst-hit by the virus, which first originated in China

TEHRAN, Iran – President Hassan Rouhani warned Sunday, March 29, that “the new way of life” in Iran was likely to be prolonged, as its declared death toll from the novel coronavirus rose to 2,640.

The Islamic republic is one of the countries worst-hit by the virus, which first originated in China.

Iran announced its first infection cases on February 19, but a senior health official has acknowledged that the virus was likely to have already reached Iran in January.

At his daily news briefing, health ministry spokesman Kianoush Jahanpour said 123 more people in Iran had died from the virus in the past 24 hours.

He reported 2,901 new cases of COVID-19 infection, bringing the overall number of officially confirmed cases to 38,309.

According to the official, 12,391 of those hospitalised have recovered and 3,467 are in “critical” condition.

“We must prepare to live with this virus until a treatment or vaccine is discovered, which has not yet happened to date,” President Hassan Rouhani said in a cabinet meeting.

“The new way of life we have adopted” is to everyone’s benefit, he said, adding that “these changes will likely have to stay in place for some time”.

After weeks of refraining from imposing lockdown or quarantine measures, Tehran decided Wednesday to ban all intercity travel until at least April 8.

Without an official lockdown in place, the government has repeatedly urged Iranians to stay home “as much as possible”.

Schools and universities in some provinces were closed in late February and the measure was later extended to the whole country.

After Rouhani’s warning, the reopening of schools following this year’s Persian New Year holidays of March 19 to April 3 appears unlikely.

On a positive note, Rouhani said he had been told by top health experts and doctors that “in some provinces we have passed the peak (of the epidemic) and are on a downward trajectory”.

Several Iranian government officials and notable figures have been infected by the new coronavirus, some of whom have died.

The most recent case of infection was Mohammad-Reza Khatami, brother of former president Mohammad Khatami and an ex-deputy speaker of parliament.

He is currently hospitalised, according to state news agency IRNA.

Iraj Harirchi, a deputy health minister who tested positive for the virus in late February, has returned to public life and appeared on state television to emphasise safety precautions. – Rappler.com