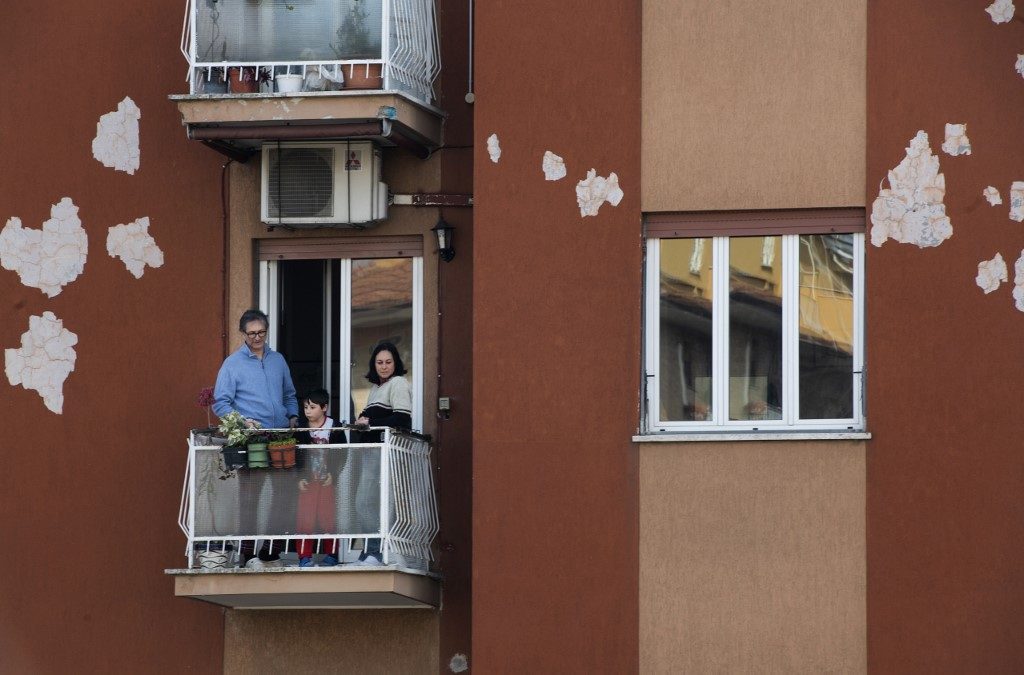 ROME, Italy – Prime Minister Giuseppe Conte’s government prepared Italians for a “very long” lockdown Sunday, March 29, that would only be lifted gradually despite its economic hardship and traumatic impact on daily lives.

The message from ministers and health officials came as Italy’s world-topping toll rose by 756 – well below Friday’s record of 969 – and the rate of coronavirus infections slowed to under 6% for the first time.

Yet the government appeared more focused on the nearing April 3 deadline to lift a national lockdown that had never been tried by a Western democracy – and has since been replicated across Europe and the United States. (READ: Trump ditches hopes of quick virus bounce-back for U.S.)

“I think that, at the moment, talking about re-opening is inappropriate and irresponsible.

“We all want to go back to normal. But we will have to do it by turning on one switch at a time.”

Italy is entering unchartered economic waters by effectively sacrificing almost all forms of business activity to fight a pandemic that hit its shores from China last month.

Deputy Finance Minister Laura Castelli said that the government’s initial 25 billion euro ($28 billion) rescue package for affected families and companies might have to be quadrupled in size.

“In my opinion, at least 100 billion (euros) will be needed,” Castelli told the La Stampa daily.

But officials brushed aside various data suggesting that both rates were slowing and that Italy might have already lived through the worst.

“We are in the midst of a pandemic,” Health Minster Roberto Speranza told reporters.

“It would be a mistake to let our guard down.”

Government medical adviser Luca Richeldi warned that data pointing to a slowdown “are a reason for us to be even stricter.

“We are in a very long battle,” said Richeldi. “Through our behavior, we save lives.”

Ministers are expected to decide on the length of an extension in the coming days.

Conte has the right to keep the lockdown – in full or in part – until the existing state of medical emergency expires on July 31.

But there is nothing preventing his government from declaring a new one should restrictions be needed into the second half of the year.

Conte has indicated that he would like to see most measures lifted by June.

Yet the strains on Italian society imposed by measures that might have seemed unimaginable just weeks ago are gradually starting to show.

The starkest example came when armed police began guarding entrances to supermarkets in Sicily after reports of looting by people who could no longer afford food.

Newspaper stories about growing discontent in one of Italy’s least-developed regions appeared to be at least partially behind Conte’s decision to make another TV appeal to the nation on Saturday.

Conte used it to announce a food voucher program that will cost the government another 400 million euros ($445 million).

“We know that many suffer but the state is there,” Conte said.

But this is only a stop-gap measure designed to help families cover grocery costs of between 25 and 50 euros on a one-time basis.

Projections from several global banks and think-tanks in the past week point to Italy’s economic output shrinking by 7% this year.

Those numbers are based on the assumption that the lockdown will not be extend far beyond April. – Rappler.com